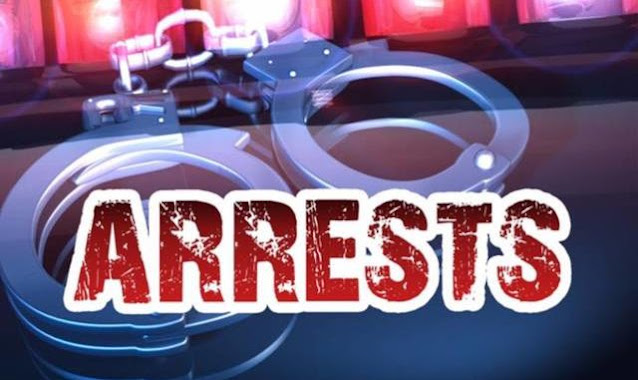 The Amarillo Police Department Violent Crimes Unit has been investigating 3 different shootings, robberies, and aggravated assaults over the past week in Amarillo. During the investigation, detectives determined that the suspect information was similar and that these incidents were possibly all committed by the same persons.
The first occurred on January 13 in the 900 block of N. Hayes, where the victim was shot in his front yard by suspects in a vehicle driving by. The second occurred on January 14th in the 1400 block of Amarillo Blvd East. A second victim was shot at, but his vehicle received the damage, and innocent bystanders also had their vehicle shot by the same suspects. The third was the robbery of a Toot-N-Totum employee at 2024 S. Washington.
Amarillo police detectives obtained victim and witness interviews, and video from the businesses where two of these incidents occurred.  Three suspects were potentially identified, and officers were tasked with locating the suspects.
On Thursday, January 21, 2021, Amarillo Police SWAT officers located the suspects and took them into custody without incident.  One suspect is Joseph Nino Diaz, male, age 19, who is charged with 2 counts of Aggravated Assault w/Deadly Weapon and Aggravated Robbery. Another suspect is Zabery Zevon Brandon, male, age 18, who is charged with Aggravated Robbery. Both were booked into the Potter County Jail on their warrants.  A third suspect, a juvenile female, was charged with 2 counts of Aggravated Assault w/Deadly Weapon and booked into the Youth Center of the High Plains.
"We want to thank Detective Sgts. Jones, Harlan, Hancock, and Lichtie, and FBI agent Hendricks for their tireless work and dedication on these cases. We also want to thank SWAT for their hard work to locate and apprehend these suspects, without incident, and thus stopping any potential further violence they might have caused," the APD said in a statement.
“The Amarillo Police Department is committed to relentlessly pursuing violent criminals and reducing the shootings and other violent crimes occurring in our city. We appreciate the work that our partner agencies do to support Project Safe Neighborhoods and other crime fighting initiatives in Amarillo. I want to thank all the officers and detectives who have been working on this case. Their quality investigative work and diligence on this and many other cases is to be commended," APD police chief Martin Birkenfeld said.
Local