200 House Republicans call for the protection of Hyde amendment 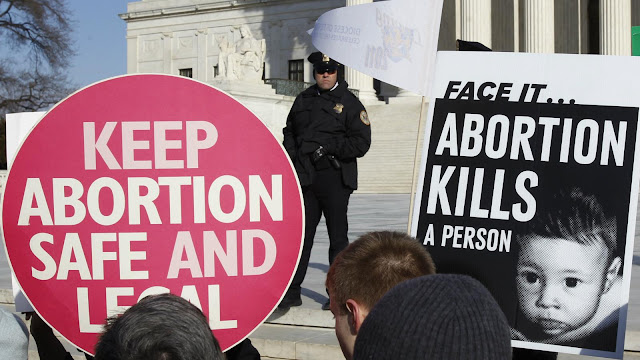 In a letter to leaders of Congress this morning, 200 Republicans in the House of Representatives called for the protection of the Hyde amendment, a long-standing bipartisan compromise that prevents federal entitlement spending from covering elective abortions.
“We write to express our unified opposition to Congressional Democrats’ efforts to repeal the Hyde Amendment and other current-law, pro-life appropriations provisions,” the letter states. “As part of their pro-abortion crusade, Democrats have taken direct aim at these long-standing, bipartisan protections that generally prevent the federal government from using taxpayer dollars to support abortion procedures.”
Since 2016, the Democratic Party platform has explicitly called for taxpayer funding of abortion through Medicare. During the last election cycle, nearly every political competing for the Democratic presidential nomination promised to support getting rid of the Hyde amendment.
The amendment was first introduced in 1976, shortly after the Supreme Court legalized abortion nationwide in Roe v. Wade in 1973. The amendment was a bipartisan compromise intended to protect the conscience rights of pro-life Americans, and it has been added every year as a rider to federal spending bills to ensure that government funding does not directly reimburse abortion providers for the cost of elective abortions.
The letter, spearheaded by the Republican Study Committee and its chairman, Representative Jim Banks of Indiana, points out that no president has ever vetoed a spending bill over its inclusion of Hyde and that President Barack Obama even included the provision in his proposed budgets.
In fact, as recently as 2019, Joe Biden himself supported Hyde. During his several decades as a politician, Biden always backed the amendment, calling himself “personally pro-life,” though he always supported keeping most forms of abortion legal. But during his most recent run for president, Biden reversed himself and has promised to back Democratic efforts to get rid of the amendment.
“Years of public polling indicates that repealing the Hyde Amendment is opposed by most of the American public,” the GOP letter continues. This is certainly true; in nearly every poll on the subject, a plurality or majority of Americans opposes publicly funded abortion.
The letter accuses congressional Democrats of eroding public trust by ignoring Americans’ views on Hyde and notes reports showing that the amendment has saved the lives of more than 2 million unborn children. All 200 lawmakers who signed the letter pledge “to vote against any government funding bill that eliminates or weakens the Hyde Amendment or other current-law, pro-life appropriations provisions.”
Opinion