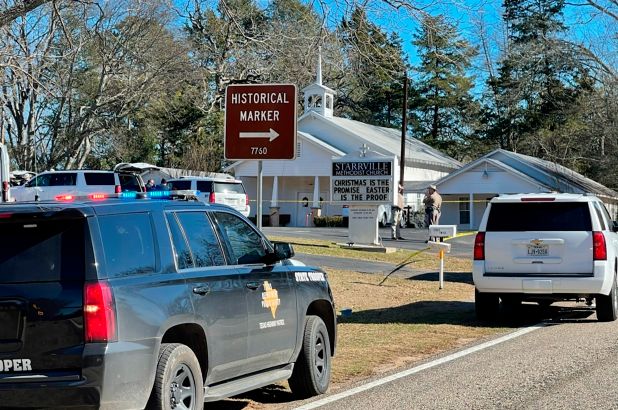 A gunman killed a pastor and wounded another person at a church in East Texas Sunday morning, the Dallas Morning News reported.
At a news conference Sunday, Smith County Sheriff Larry Smith said the suspect had sought to hide inside Starrville Methodist Church in Starville after a car pursuit the night before, and that the man was confronted by the church’s pastor, who drew his gun.
The suspect disarmed the pastor and fatally shot him, according to the Dallas Morning News. The other person shot by the gunman is being treated at a local hospital, as is a third person who fell during the shooting but was not struck.
Smith added that the suspect stole the pastor’s car after shooting him and was apprehended in Harrison County. The sheriff said there was no indication the church held any personal significance to the suspect.
“We thank law enforcement for their response,” Gov. Greg Abbott (R) said in a statement Sunday. “Keep the harmed in your prayers.”
Texas