Why are the stimulus checks only $600 when the government clearly has plenty of money to throw around? 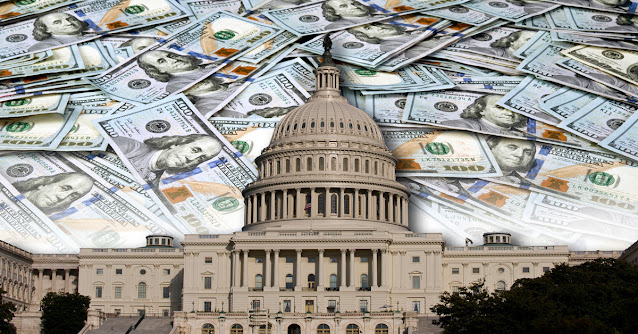 The Internet is awash in outrage over various line items in the massive stimulus/omnibus blowout that Congress just settled on. More than $25 million for the Kennedy Performing Arts Center! More than $100 million to Sudan, and $25 million to gender and democracy programs in Pakistan!
Why are the stimulus checks only $600 when the government clearly has plenty of money to throw around?
I’m not going to defend all this junk; much of it is indefensible. But spending like this is not why the stimulus checks weren’t twice as big, and it’s not why the federal government has a debt problem.
The biggest thing to bear in mind with budget numbers is that America has 330 million people in it. This means that dollar amounts in the millions, as opposed to billions or trillions, are frankly not that big of a deal in the federal-budget context. Every million dollars the federal government spends amounts to about a third of a cent per person. Even a billion dollars amounts to just $3 per person.
The overall stimulus bill spends almost a trillion dollars. The omnibus bill appropriates almost a trillion and a half. That’s real money, thousands of dollars per person.
And the vast majority of that cash isn’t spent on random hand-selected projects. Two-thirds of the roughly $900 billion stimulus is dedicated to core COVID relief in the form of small-business aid ($325 billion), $600 checks for most Americans ($166 billion), and expanded unemployment ($120 billion). The rest overwhelmingly goes to things such as help for schools ($82 billion), health care ($63 billion), and transportation ($45 billion).
As for the omnibus, it’s the annual round of appropriations that keeps the government running. It funds existing agencies, programs, etc., as well as including some new pieces of legislation. You can see a breakdown of all the stuff that got money here. About half of it is just defense funding, and it’s hard to go through the whole thing and come away with the sense that money for museums and foreign aid is the real problem.
You don’t have to like these bigger forms of spending either. I’m opposed to plenty of them, including those $600 checks everyone seems to think should have been bigger. You also don’t have to like the practice of bundling tons of different provisions into an “omnibus” and passing the whole thing at once. But if you actually want to put a dent in the new bills, these are the items you need to target.
And if you’re worried about the larger deficit and debt, you should know that three-quarters of all federal spending is on Medicare, Medicaid, Social Security, defense, and interest on the debt we already have, with much of the rest going to things such as poverty relief, education, and vets’ benefits.
Opinion