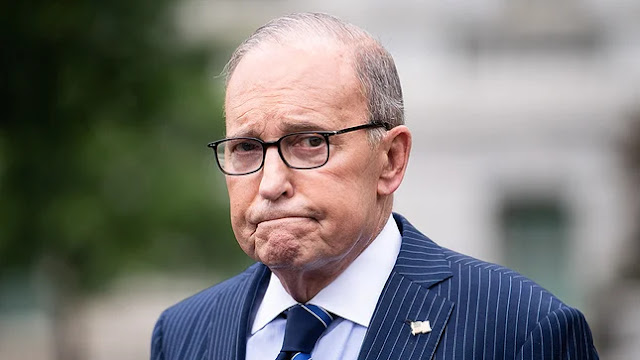 Some of President Trump’s senior advisers are planning to start a nonprofit aimed at advancing his policies after he leaves the White House next month, Politico reported Tuesday.
According to the outlet, White House domestic policy adviser Brooke Rollins and National Economic Council Director Larry Kudlow are leading the effort, with Kudlow telling Politico in an interview Tuesday that “the president is very enthusiastic about this.”
Kudlow and Rollins said they expect to be heavily involved once the yet-to-be-named organization starts, with national security adviser Robert O’Brien and former Energy Secretary Rick Perry also anticipated to play key roles.
Politico reported that the nonprofit will likely be a landing post for the Trump administration’s top policy advisers and Cabinet officials, with senior White House adviser and Trump son-in-law Jared Kushner also involved in talks on the group.
Rollins told Politico that the nonprofit will promote the “legacy and consequences of this president” and ensure “those ideas continue and are defended whether in one month or in four years from now.”
“We’re really excited about it, we think it’s going to be a juggernaut,” she said.
According to Politico, the nonprofit will organize a range of activities, including TV ads and live events, while focusing on policy subjects including China, trade and immigration.
The organizers told Politico that the group will criticize members of either party and will not focus specifically on endorsing and supporting political campaigns.
“This is a very serious policy effort with significant data, significant research. We’ll have a team of economists,” Rollins told Politico. “If we do move to calling out anyone for not fighting for the American people ... it will be based entirely on data and policy.”
This comes as Trump and members of his administration have been eyeing their future after President-elect Joe Biden’s inauguration in January, even as Trump has repeatedly refused to concede and continues to advance unsubstantiated claims of widespread voter fraud.
Trump has already raised $200 million since Election Day, Politico reported, with a substantial portion going into the newly formed PAC Save America. The nonprofit’s organizers told Politico that the group will be funded separately from Trump’s PAC.
Trump openly floated the idea of running again for the presidency in 2024 in remarks at a White House holiday party this month, and the president has reportedly confirmed these plans with several people.
There have also been reports that Trump may announce plans to run in 2024 on the same day as Biden’s inauguration. White House press secretary Kayleigh McEnany told reporters earlier this month that she was unaware of any such plans, adding that she had not spoken to Trump about whether he plans to run again.
National