What? Paris fined for hiring too many women 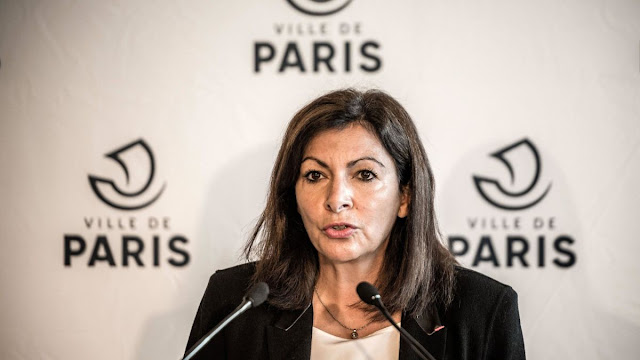 Will this go down in history as a case of “turnabout is fair play” or just unbridled stupidity? This bizarre story from France making the rounds this week actually dates back to 2018, but it’s just now reached a boiling point in Paris.
It turns out that the municipal government there broke their own rules regarding gender equality a couple of years ago. Mayor Anne Hidalgo was fleshing out her senior administrative team, appointing sixteen people to key positions. But she didn’t have the correct mix of genders, so now the city is facing some significant fines.
As you’ve probably guessed by now, Hidalgo appointed too many women to key roles.
The city government of Paris has been dealt an unlikely punishment: a fine of 90,000 euros, equivalent to $110,000, for appointing too many women to senior positions and breaking France’s gender-equality rules.
The offense dates back to 2018, when Mayor Hidalgo appointed 11 women and five men to her senior team at a time when administrations around the world were trying to increase female representation in governments. But with 69% of the positions going to women and 31% to men, Paris broke national government rules to promote equality, which require that at least 40% of new positions should be allocated to each gender.
A waiver was introduced in 2019 if the new hires didn’t lead to a broader gender imbalance. That would seem to be the case for Paris, where women account for just under a half of senior officials in city hall. But the initial round of appointments predated the waiver, meaning the Paris government was still on the hook.
Hidalgo isn’t taking the news very seriously. During an interview, she was visibly laughing when she said she would be “delighted” to pay the fine. She’s preparing a public event where she will present a check to cover the fine to the Minister of Public Service, who is also a woman.
Somehow I get the sense that the Parisian government isn’t going to learn any sort of lesson from all of this absurdity. Had Hidalgo’s male opponent in the previous mayoral election won the office and appointed eleven men and five women to top staff positions, there would have been an uproar that we’d have been able to hear from the other side of the Atlantic. But when the reverse happened, it’s all some sort of huge joke and elected leaders are yukking it up.
The imposition of quotas based on gender (or anything else, really) was never going to work out smoothly. To make this work you have to accept the idea that having a staff comprised of 60% of one gender and 40% of the other is okay, but a 61/39 split is not. And what if one of the staffers is a transgender woman? Or worse, what if they “identify” as being non-binary or “genderless?”How do you plan on counting the totals then? This is the rocky path we set ourselves upon when you start letting woke social justice theories determine how we do business.
Perhaps with a bit of critical thinking, we could come to the conclusion that a better approach would simply be to appoint the best person for each job and let the chips fall where they may in terms of gender, race, religion and all of the other identify politics checkboxes. But no, we couldn’t do that now, could we? Enforced quotas of any sort will inevitably lead to a decrease in quality. It’s just that simple.
Like many other diversity issues, society has tended to sort these things out on its own. Without any mandates whatsoever we saw a big surge in the number of women being elected to Congress this year, particularly on the GOP side of the House. And based on the way things are looking at the moment, there’s more than a small chance that we’ll wind up with a female president before 2024. Women tend to appoint more women as a rule of thumb. The system will probably turn out to be self-correcting given a sufficient amount of time and the voters can make that happen on their own.
Opinion