US to close two Russia consulates 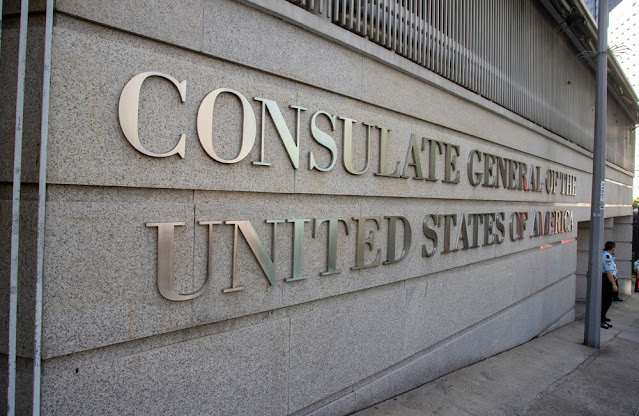 The State Department has informed Congress that it plans to shutter its last two consulates in Russia over caps set by Moscow on the number of diplomats that are allowed in the country.
In a letter to congressional leaders sent Dec. 10 and obtained by The Hill, the administration said it will permanently close its Vladivostok consulate and temporarily halt work at the consulate in Yekaterinburg.
The letter confirming the closures was sent three days before news broke of a major hack of U.S. government agencies that is believed to have been conducted by an elite Russian cyber espionage unit.
The consulate closures are “in response to ongoing staffing challenges of the U.S. Mission in Russia in the wake of the 2017 Russian-imposed personnel cap on the US Mission and resultant impasse with Russia over diplomatic visas,” the letter reads.
The chairs of the House and Senate Appropriations Committees, the Senate Foreign Relations Committee, the House Foreign Affairs Committee and some members of the House and Senate Subcommittees on State, Foreign Operations, and Related Programs signed the letter.
The move means the U.S. embassy in Moscow will be the only diplomatic installation in Russia. It also leaves the U.S. without a diplomatic presence throughout a massive swath of Russian territory, which will hinder both efforts by Americans to travel to Russia and Russians to obtain visas to the U.S.
Russia ordered the U.S. close its embassy in St. Petersburg as part of a diplomatic row over Moscow’s poisoning of an ex-Russian spy in Britain.
It was not immediately clear precisely when the consulates will be closed, after which the workers there will be moved to the Moscow embassy.
The reduction of the U.S. diplomatic presence in Russia comes ahead of an expected chilling of relations between Washington and Moscow. While President Trump has declined to confront Russia over its meddling in the 2016 and 2020 presidential elections and expressed support for President Vladimir Putin, President-elect Joe Biden has indicated he will adopt a tougher tone with Russia over election interference as well as its presence in Ukraine and other areas of contention.
World