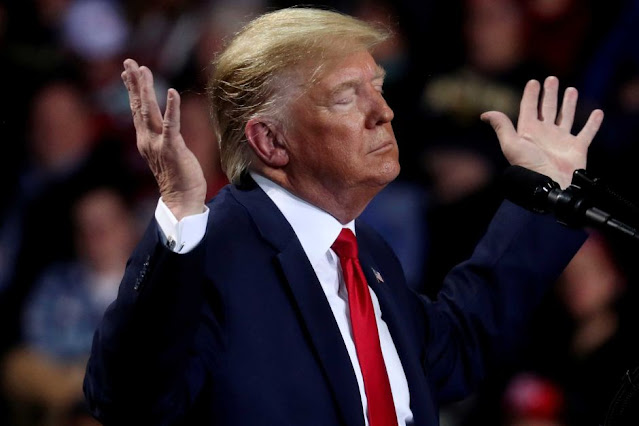 The White House’s refusal to concede President Trump’s loss to President-elect Joe Biden is sowing confusion among staff who are simultaneously trying to prepare for life after the White House while projecting loyalty to the president.
White House staff received a memo on Wednesday providing a checklist of what they will need to do before vacating their offices next month. But within hours, another memo went out telling staff to disregard those instructions and that further details would be sent in the coming days, according to an official who had seen both messages.
The president’s refusal to concede has complicated the time frame for White House staff to transition out of the building and onto their next jobs, as some aides don't want to be viewed as disloyal.
A couple of top staffers have actually left their jobs, and many others have privately started looking for their next job and spoken about life after the White House.
But publicly, top aides have praised Trump for fighting the election results even as the president fails to produce evidence of widespread fraud that would change the outcome.
There are growing signs that top aides are preparing for life after the Trump White House.
"People are actively looking for jobs and have been for weeks," said one former administration official. "I don't see any impact from [Trump's] antics on serious people."
White House staff secretary Derek Lyons plans to leave his job this month, marking the departure of one of the president's closest aides. White House communications director Alyssa Farah left her role earlier this month.
Larry Kudlow, one of the president's top economic aides, told reporters last Friday that he had appreciated “our discussions and relationships these past three years” in a nod to the administration winding down.
Politico reported Monday that Kudlow and domestic policy adviser Brooke Rollins are forming a nonprofit organization aimed at promoting Trump's policies. National security adviser Robert O’Brien, another top White House official, is also expected to be involved.
Trump campaign manager Bill Stepien announced Tuesday that he will be relaunching a public affairs firm alongside fellow campaign aides Justin Clark and Nick Trainer.
Former New Jersey Gov. Chris Christie (R), an informal adviser to Trump throughout his first term, broached the idea of running for the 2024 Republican nomination himself in an interview this week with Hugh Hewitt.
The president himself has engaged in many of the traditional actions of a lame duck. He has stocked advisory boards with loyalists, naming Kellyanne Conway, Pam Bondi, Corey Lewandowski and other allies to serve in honorary roles advising the Pentagon, the Kennedy Center and other D.C. institutions.
Trump on Tuesday announced another batch of pardons, granting clemency to three Republican congressmen who pleaded guilty or were convicted of various forms of corruption, as well as two individuals caught up in the Russia investigation.
National