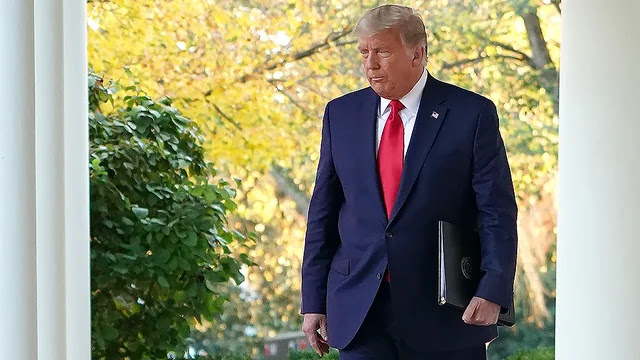 President Trump on Friday signed a stopgap funding measure that will keep the government funded for another 48 hours while lawmakers attempt to finalize an agreement on an economic relief bill.
Trump signed the bill just after 10 p.m., according to the White House.
The House passed the continuing resolution (CR) by a vote of 320-60, while the Senate passed it unanimously. Government funding would have expired at midnight had Congress not passed the stopgap measure.
Congressional leaders are planning to attach the coronavirus relief to a massive spending package to keep the government funded through the rest of the fiscal year. Lawmakers have in recent days insisted they are close to a final agreement on the relief package, but it has been held up by thorny issues.
Democrats have balked at language supported by Sen. Pat Toomey (R-Pa.) that would wind down the Federal Reserve's authority to set up credit lending facilities.
Meanwhile, Sens. Josh Hawley (R-Mo.) and Bernie Sanders (I-Vt.) have pushed for the inclusion of $1,200 direct stimulus payments to Americans, but Sen. Ron Johnson (R-Wis.) blocked the proposal Friday. Instead, negotiators are likely to agree on $600 direct payments.
The two parties have struggled to reach an agreement on coronavirus relief since the summer. But the negotiations have gained momentum after a bipartisan group of lawmakers provided a $908 billion framework earlier this month.
The pandemic has worsened in the U.S. while Congress fails to pass relief. The country surpassed 300,000 deaths from the coronavirus earlier this week, and on Wednesday set a record for deaths in a single day at more than 3,600.
National