Trump signs bill that he called a 'disgrace' 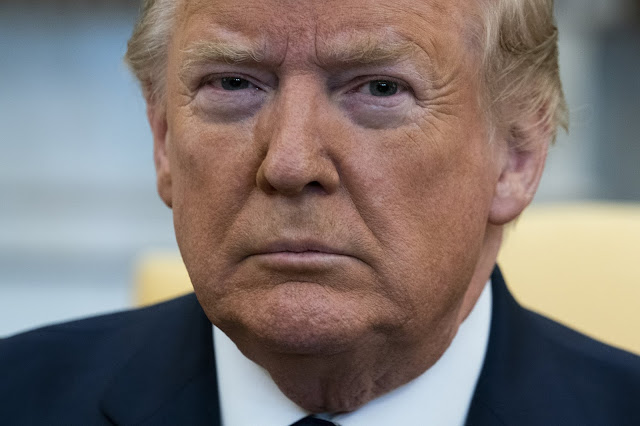 Sunday night, President Trump signed the COVID-relief and omnibus spending bill into law, averting both a government shutdown and an even longer lapse in funding for vital relief measures such as the Paycheck Protection Program. Americans will receive $600 checks from the federal government — the amount agreed to by Congress — and not the $2,000 Trump only saw fit to request after seven months of negotiation and the passage of a compromise agreement.
Moreover, the foreign-aid spending requested by the Trump administration, provided by Congress, and then denounced by Trump himself also remained in the legislation.
This is the same bill that he called a “disgrace.” Trump pledged that he would “send back to Congress a redlined version, item by item, accompanied by the formal rescission request to Congress insisting that those funds be removed from the bill.” Congress does not have to remove the funds, however, and if the House Appropriations Committee — controlled by Democrats — rejects the rescission request, the request dies. Trump will be out of office before the 25-day window for congressional action expires.
Trump’s statement, released Sunday night, declared, “Congress has promised that Section 230, which so unfairly benefits Big Tech at the expense of the American people, will be reviewed and either be terminated or substantially reformed. Likewise, the House and Senate have agreed to focus strongly on the very substantial voter fraud which took place in the November 3 Presidential election.” If you are skeptical that House speaker Nancy Pelosi agreed to “focus strongly on the very substantial voter fraud which took place in the November 3 Presidential election,” join the club.
As for the other major piece of legislation that Trump vetoed, a defense bill that the president called “a gift to China, Russia &amp; Big Tech” that “fails to terminate the internationally dangerous Section 230, won’t allow us to bring our troops back home (where they belong), renames &amp; destroys our forts &amp; National Monuments, &amp; makes 5G almost impossible!” . . . the House and Senate are expected to override his veto in the coming days.
Life is pretty tough for a lame-duck president.
The situation can be summed up thus: The president delayed signing a much-needed COVID-relief and spending bill because it did not include something he had not requested, and did include items that his administration had asked for in its proposed budget for 2021. This saved Speaker Nancy Pelosi the trouble of being blamed for delaying the passage of a relief bill in a transparent effort to hurt his reelection campaign, something that she is guilty of and that Republicans would be talking about were they not being forced to convince the president not to “pocket veto” the bill.
This marks the second time that the president has snatched defeat from the jaws of victory on this issue alone. In October, he announced that he was instructing his administration’s negotiators to halt discussions with Pelosi because she was being unreasonable, thereby taking the blame Pelosi had pointed at her own head out of her hands and aiming it at his own. If President Trump was ever a master of the art of the deal, that time has long since passed.
Opinion