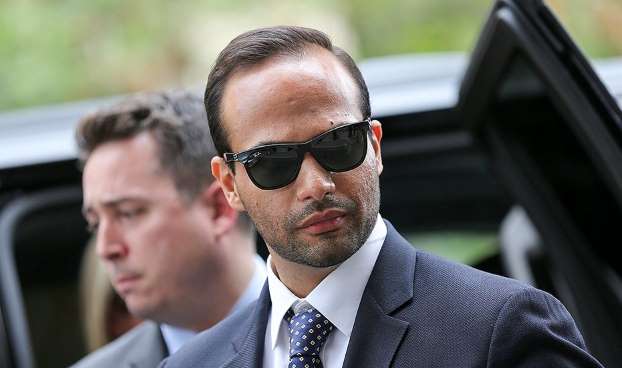 President Trump on Tuesday granted clemency to three former Republican congressmen as well as two individuals charged as part of former special counsel Robert Mueller’s investigation, George Papadopoulos and Alex van der Zwaan.
Trump granted a full pardon to former California GOP Rep. Duncan Hunter, who pleaded guilty to misusing campaign funds in 2019. He also granted a pardon to former New York GOP Rep. Chris Collins, who pleaded guilty to conspiracy to commit securities fraud and lying to the FBI in 2019 and is currently serving a 26-month sentence.
Additionally, Trump commuted the sentence of former Texas GOP Rep. Steve Stockman, who was convicted in 2018 of money laundering, conspiracy and other charges related to a scheme to defraud charitable donors.
Papadopoulos, who served as a foreign policy adviser on Trump’s 2016 campaign, pleaded guilty to lying to federal investigations in relation to Mueller’s Russia investigation. Papadopoulos, who has been a vocal defender of Trump, served 12 days in prison in 2018. He was the first of six Trump associates charged in Mueller’s sprawling probe.
Van der Zwaan, a Dutch national, served a 30-day prison sentence for lying to investigators about his involvement in a report for the Ukrainian government prepared by law firm Skadden Arps. Both men were given full pardons. The actions represented Trump’s latest broadside against the Russia investigation, which dogged his first two years in office.
In total, Trump granted 15 pardons and five commutations that were announced Tuesday evening by the White House. Trump has been weighing issuing a handful of clemency grants in his final days in office.
Late last month, Trump pardoned Michael Flynn, his former national security adviser, who was also charged in connection with Mueller’s investigation. The pardon came as the Justice Department was seeking to withdraw its case against Flynn, who pleaded guilty to lying to the FBI about his contacts with the Russian ambassador, bringing a dramatic end to his case.
The list released Tuesday evening also includes three individuals to whom Trump had previously granted clemency, Crystal Munoz, Tynice Nichole Hall, and Judith Negron, who had been convicted on drug and fraud-related charges. Trump commuted the remainder of their sentences.
Alice Johnson, a woman whose life sentence Trump commuted and has been a vocal advocate for his administration’s work, advocated for all three of the individuals. Johnson was recently pictured at the White House with Ivanka Trump, the president’s daughter and senior adviser.
Trump also gave full pardons to four former Blackwater security contractors who had been convicted over their roles in the 2007 killings of 17 unarmed Iraqi civilians in Baghdad. Nicholas Slatten, Paul Slough, Evan Liberty and Dustin Heard had been given sentences ranging from 12 years to life in prison for the massacre.
Blackwater was founded by Erik Prince, one of Trump's allies and the brother of Education Secretary Betsy DeVos.
Trump will leave office in less than a month, and it’s possible he could issue more pardons in the coming weeks. There has been speculation that Trump could look to grant preemptive pardons to members of his family, though it’s unclear whether or how seriously Trump is currently considering such a move.
Trump has often used the pardon power to the benefit of those with personal or political connections to him. He granted clemency to Roger Stone, a longtime adviser who was also convicted in the Mueller probe, in July. He also pardoned former New York City police commissioner Bernie Kerik, a friend of Trump’s personal attorney Rudy Giuliani, in February.
The announcement on Tuesday evening drew sharp criticism from Democrats. House Intelligence Committee Chairman Adam Schiff (D-Calif.) released a statement accusing Trump of abusing the presidential pardon power.
“Trump is doling out pardons, not on the basis of repentance, restitution or the interests of justice, but to reward his friends and political allies, to protect those who lie to cover up him, to shelter those guilty of killing civilians, and to undermine an investigation that uncovered massive wrongdoing,” Schiff said, calling Trump a "corrupt man."
National