Trump left his imprint on the courts like no other president 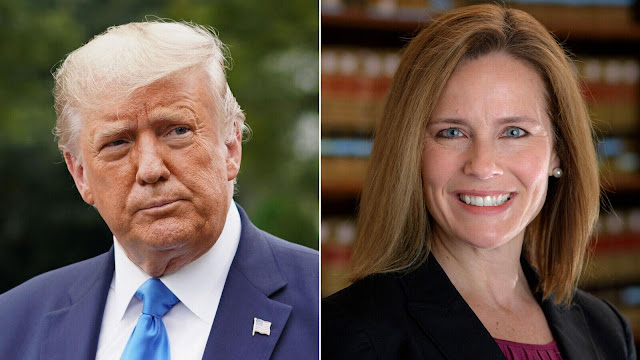 Electors across the country formally cast their votes for president on Monday. Five hundred and thirty-eight electors from every state and Washington, D.C., engaged in a critical part of the U.S. electoral process, during which they voted to affirm votes cast during the 2020 election. The winner remains Joe Biden, our nation’s president-elect. The process was refreshingly mundane and authentic.
Despite the outcome of the Electoral College’s decision not to appoint Donald Trump as the victor in the counting of state ballots, the president should accept second prize for having left his imprint in other places.
Trump shaped U.S. courts, and he should leave the White House knowing he made his mark on the nation’s judicial composition. That might not make the man who loves winning happy, but it’s a consolation prize for those who share his views of America.
President Trump can proudly point to his role in appointing judges across the country, including three justices to the Supreme Court — that means one-third of the highest court in the land. He delivered 227 judges to federal courts around the country.
Compared with other presidents, Trump can rightly claim to have filled the judicial till. According to the Pew Research Center, as of July, the overall number of federal judges Trump had appointed was similar to the number appointed by George W. Bush, although Trump’s numbers are highest on appeals court judges — the powerful people who have a final say on cases that don’t necessarily end up in the Supreme Court. In fact, Trump has appointed more appeals court judges so far in his tenure than any president since Jimmy Carter.
And although placing judges on the bench did not deliver him a presidential win, his handiwork should not be viewed as a failure. In fact, one could argue that the lack of support for Donald Trump’s case to overturn the election is validation for the public belief in what courts are supposed to do: listen and rule.
Truth be told, judges are a rather independent lot despite their personal or political leanings. And they are impatient when it comes to the use of their time. That might explain why in the nearly 36 lawsuits filed by Trump’s campaign to challenge the 2020 election, most have been lost or discarded, and why the Supreme Court chose not to let the Texas case proceed. Most of the judicial rulings are complaints by judges about the initial complaint that the election was rigged. The thing about judges is that they love evidence, and the president just didn’t have any. That bodes well for anyone who is trapped by a lawsuit without merit.
I understand why Donald Trump is mad. A president who demands loyalty gets upset when he doesn’t get it. He is not, by the way, the first president to experience that disappointment. Theodore Roosevelt was so upset by Justice Oliver Wendell Holmes's vote on an antitrust case, it brought an "abrupt halt" to the friendship between the two men, Richard H. Wagner wrote in the Journal of Supreme Court History.
But a prize is a prize, although one thing Donald Trump might consider is sharing his judicial prize with Senate Majority Leader Mitch McConnell (R-Ky.) To be fair, most of the credit for the federal judicial situation that Joe Biden will inherit goes to McConnell, who stonewalled Obama’s choices, leaving vacancies for Trump to fill. And despite wanting a government that looks like America, Biden will find Trump-era judges that are overwhelmingly white and male. And he may not have any slots left to fill.
But the lasting victory of both the Electoral College decision and the ruling by the Supreme Court and federal courts in the last few weeks will resound well for the American people. In the end, partisanship lost. The lady who holds the scales of justice likes balanced opinions. And what America needs now more than ever is some balance in its political life. The pendulum of our democracy has swung wildly over the past few years, knocking us all around and shattering our notions of what it feels like to be grounded. The pandemic only made our national seasickness worse and revealed how desperate our citizens are to have a sense of normal boredom.
So take comfort, America. The Statue of Liberty is still standing in the harbor and the system of justice is still worthy of our confidence. Our republic will live to fight another day and, hopefully, to find peace within our shores. And that is a good thing.
Opinion