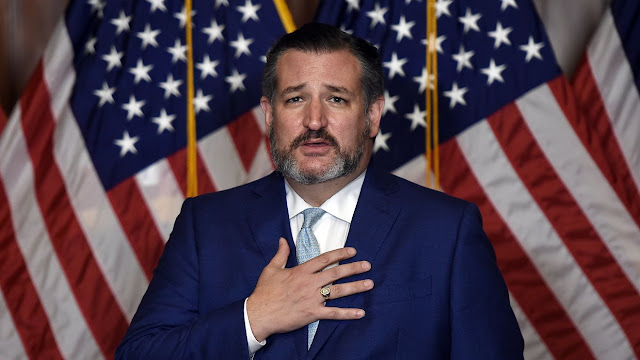 President Trump has asked Texas Sen. Ted Cruz (R) to present a case from his state's attorney general seeking to invalidate the election results of several key battleground states before the Supreme Court should it decide to hear the suit, The New York Times reported Wednesday.
The lawsuit from Texas Attorney General Ken Paxton (R) seeks to void the vote certifications of Pennsylvania, Wisconsin, Georgia and Michigan, arguing that the results are "tainted" by new election processes in those states.
The court has not yet agreed to hear the case on its merits and on Tuesday rejected efforts by pro-Trump attorneys to overturn the results in Pennsylvania in a separate case.
White House officials did not immediately return a request for comment from The Hill. The president has for weeks refused to concede his election loss to Joe Biden and has launched legal efforts in multiple states, with no success thus far, to overturn the president-elect's victory in key battlegrounds.
Legal experts have largely panned the president's efforts as unserious thus far and have spared no criticism for the latest effort by Trump's allies in Texas.
"It looks like we have a new leader in the 'craziest lawsuit filed to purportedly challenge the election' category," wrote Steve Vladeck, a law professor at the University of Texas at Austin, on Twitter.
News of the president's request to Cruz comes shortly after he told his followers Wednesday in a tweet that he would be "intervening" in the Texas case while not specifying what that intervention would look like.
"We will be INTERVENING in the Texas (plus many other states) case. This is the big one. Our Country needs a victory!" the president tweeted.
National Texas