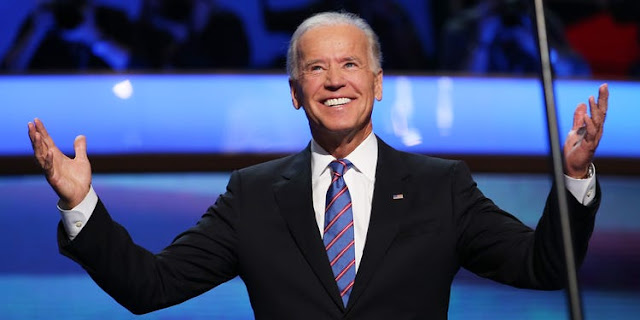 Several top Republican senators said Monday that they now consider Joe Biden to be the president-elect after the Electoral College formally certified his White House win.
Sen. John Thune (R-S.D.) became the highest ranking senator to acknowledge Biden’s victory, saying that he was president-elect “as soon as he crosses the 270 vote threshold.”
"In my view that's how in this country we decide presidential elections, that our Constitution and I believe in following the Constitution,” Thune told reporters shortly before Biden formally clinched 270 Electoral College votes.
Sen. Roy Blunt (Mo.), a member of GOP leadership and the No. 4 Senate Republican, added: "We've now gone through the constitutional process and the electors have voted so there's a president-elect."
Blunt, who heads the committee responsible for planning the inauguration, added in a separate statement that he would "work with president-elect Biden and his presidential inaugural committee to plan for the swearing-in ceremony."
Contact with Biden's team is already underway after the committee announced last month it would start coordinating planning.
Asked if Biden was the president elect, Sen. Shelley Moore Capito (R-W.Va.), a member of Senate Majority Leader Mitch McConnell's (R-Ky.) leadership team, said that "it certainly looks that way."
"I think it’s time to turn the page and begin a new administration," Capito said.
Sen. Rob Portman (R-Ohio), another member of McConnell's leadership team, said that the "Electoral College vote today makes clear that Joe Biden is now President-Elect.”
The acknowledgment from several members of GOP leadership comes after McConnell didn't respond to reporters' questions about Biden in the Capitol earlier Monday and hasn't weighed in on the Electoral College vote since Biden formally crossed the 270 mark.
Republican lawmakers have faced near daily questions in recent weeks about if they acknowledge Biden as the president-elect after most refused to do so after last month's election.
Only a handful of GOP senators had publicly acknowledged Biden's White House victory and several were supportive of Trump's legal challenges. Even as many senators acknowledged Biden's win on Monday, Trump's allies in the House are poised to drag out the fight for weeks as they plan a long-shot effort to challenge the results next month in Congress.
Sen. Lindsey Graham (R-S.C.) said he now accepted Biden as the president-elect and disclosed on Monday that the two have already talked.
"There's things we can do together. Some things that we can't do together it was a very pleasant conversation," Graham said of the conversation.
Other GOP senators were less direct when asked in the Capitol if they consider Biden to be the president-elect, pointing to the Constitution.
"I don’t have to, the Constitution does," said Sen. Chuck Grassley (R-Iowa).
Asked if he acknowledged him as such, Grassley reiterated: "I follow the Constitution."
Sen. John Barrasso (Wyo.), the No. 3 Republican senator, called a query about Biden's status as president-elect a "gotcha question."
“It’s what every senator is being asked. Three weeks ago the transition occurred in terms of the president said: access to the briefings and access to the money. That all occurred three weeks ago. So nothing changed,” he said. “This is the Constitution, and I believe in the Constitution.”
Others said Biden was president-elect, pending litigation. Trump and his allies have faced dozens of setbacks, including the Supreme Court rejecting a case last week, as they've sought to overturn the election in key states.
"They go through the Electoral College — yes — subject to any pending lawsuits that could change it. But we’re going through the standard process, and at that point in time, but then again you’ve got a couple more court cases that I expect to be settled, so pending that, yes," said Sen. Thom Tillis (R-N.C.).
Sen. John Cornyn (R-Texas) said that he believed Biden is president-elect "subject to whatever additional litigation is ongoing."
"I would say subject to any other litigation that could occur between now and January 20 the answer is yes," he said.
National