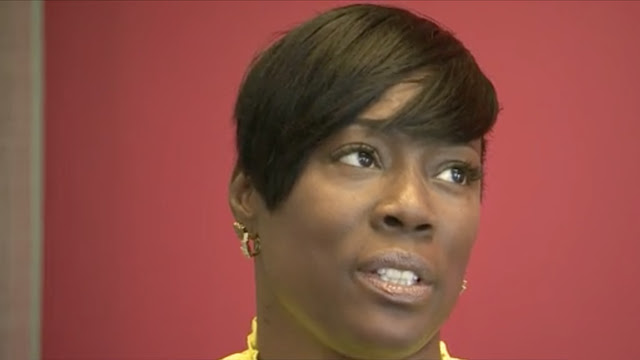 Crystal Mason, a Texas woman who has drawn national headlines over the years after she was handed a five-year prison sentence for illegally casting a provisional ballot in the 2016 presidential election, is seeking to challenge her conviction.
The American Civil Liberties Union of Texas (ACLU of Texas), the national ACLU, and the Texas Civil Rights Project joined Mason’s attorneys in filing a petition this week to have Texas’ top criminal court review her case.
Andre Segura, who serves as legal director for the ACLU of Texas, called the case “one of the most important voting rights cases in modern Texas history.”
Mason was sentenced to five years in prison back in 2018 for casting a provisional ballot in the 2016 election, though the vote was never counted, according to a press release from the ACLU of Texas. At the time, Mason had been on supervised release for a previous federal conviction from years before. Convicted felons are barred from voting in the state if they haven’t completed their sentence.
The group said in the release that an appeals court recently shot down an appeal from Mason’s legal team back in March in the case. But the group added the court’s panel of justices also agreed then that Mason “was not aware the state considered her ineligible to vote.”
According to The Texas Tribune, Mason served time behind bars for several months before being released this past spring to a halfway house.
Her case has attracted widespread attention from supporters who say her sentence shines a light on racial inequality in the justice system when juxtaposed against lighter sentences handed to prominent white figures for certain crimes, like the 14-day jail sentence Felicity Huffman received earlier this year for her role in a college admissions bribery scandal.
Her legal team is seeking to have the Texas Court of Criminal Appeals take on her case to determine whether the previous court “erred in holding that Mason’s lack of knowledge regarding her eligibility was irrelevant to her prosecution,” the ACLU of Texas said in its release.
“The attorneys argue the lower court’s opinion violates Texas law and conflicts with DeLay v. State, a case involving former Republican U.S. Rep. Tom DeLay, in which the Court of Criminal Appeals threw out his conviction on the basis that an individual must actually ‘know’ that their conduct violates the Election Code,” the group added.
Mason said in a statement this week that she is “more energized than ever before" and refuses "to be afraid.”
“I thought I was performing my civic duty and followed the election process by filling out a provisional ballot,” she said. “By trying to criminalize my actions, Texas has shown me the power of my voice."
"I will use my voice to educate and empower others who are fighting for their right to vote," she also said.
Texas