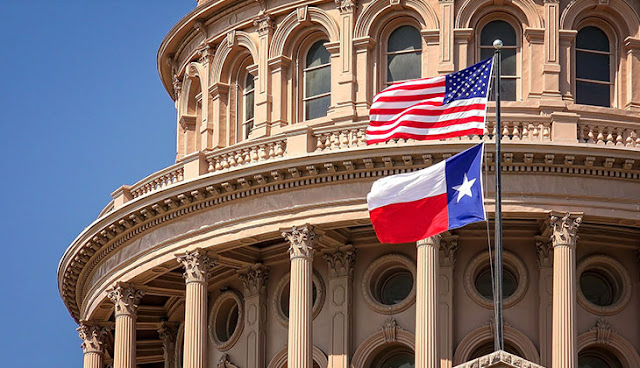 The Texas legislature has one constitutionally obligated responsibility each regular legislative session: pass a budget. Setting the table for the next biennium, the Legislative Budget Board (LBB) limited the general revenue to a seven percent increase from 2020-2021 levels.
Up from the $98.8 billion allocated in 2019, the LBB authorized $105.8 billion in general revenue spending for the 2022-2023 budget. While the authorization permits spending to that level, it does not explicitly mean the legislature will appropriate that level. And it does not cover all areas of the state’s spending.
Before the 86th Legislative Session, the LBB authorized $100.3 billion in general revenue spending, $1.5 billion of which was not appropriated. That budgeting increase came in just shy of 10 percent — three percent higher than the LBB’s limit this year.
In 2019, the legislature’s 2020-2021 total biennium budget grew by nearly $15 billion — most of which came from the $11.6 billion school finance increase and property tax buydown. Some of the spending increase, such as $1.2 billion to increase state contributions to the Teacher’s Retirement System, came from the state’s savings account: the Economic Stabilization Fund (ESF), known also as the “Rainy Day Fund.”
Due to the pandemic and the lockdowns thereof, Texas’ 2021 ESF contribution was a 32 percent drop from the previous year’s allocation.
However, the state’s tax collections have recovered some since the comptroller’s original $4.6 billion budget shortfall projection back in July, and the state’s outlook is less dire than five months ago.
A bill filed by Rep. Matt Krause (R-Fort Worth) aims to limit biannual spending increases to the estimated rate of growth in population plus inflation. Krause said, “Our spending limit is critically important to ensuring fiscal responsibility in Texas. Right now, the spending limit does not cover all areas of revenue.”
“While it makes sense in a economic downturn such as the one we are currently facing – it is even more prudent during times when revenue is plentiful,” he added.
The 7.06 percent increase limit approved by the LBB is the comptroller’s population growth plus inflation figure — mirroring that limitation which Krause’s bill would institute.
Texas’ finances will be a significant concern going into the next session, something highlighted by presumptive House Speaker Dade Phelan.
November’s sales tax collections were 6.3 percent lower than the same month in 2019 — an improvement from past months since the pandemic, but still reflecting a negative trend. The state’s balanced budget requirement creates a pay-as-you-go system and thus financing for this biennium’s spending comes largely from tax collections throughout.
Commitments made in 2019 during a resoundingly prosperous period remain on the books and, just as lockdowns have inhibited some taxpayers’ ability to pay their property taxes, so, too, has been the state’s ability to fulfill those liabilities through original projections.
In response to the looming economic struggles, Governor Greg Abbott, Lt. Governor Dan Patrick, and Speaker Dennis Bonnen ordered state agencies to trim their budgets five percent.
The cuts are still in the works, but based on exemptions laid out, 60 percent of the state’s budget will not be cut to any degree.
In addition to emergency powers, the state’s pocketbook will be of paramount concern once the legislature convenes in January.
Texas