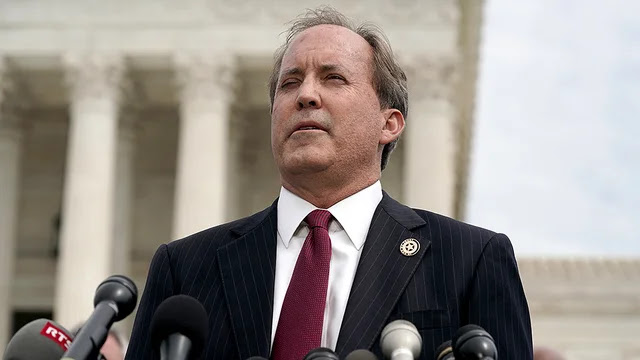 Texas Attorney General Ken Paxton (R) sued the city of Austin on Wednesday seeking to stop it from enforcing a temporary ban on in-person dining and beverage restrictions in place over the New Year’s holiday.
The suit asks the Travis County District Court for a temporary injunction and restraining order to keep Austin Mayor Steve Adler (D) and Travis County Judge Andy Brown from enforcing the restrictions.
Paxton argues that the restrictions violate an executive order from Texas Gov. Greg Abbott (R) that says “every business establishment in Texas shall operate” under certain protocols, but without limits on hours of operations.
Adler and Brown imposed an emergency shutdown on Tuesday, banning indoor and outdoor dine-in food and beverage services between 10:30 p.m. and 6 a.m. The order took effect Thursday and will remain in effect until Jan. 3.
Paxton previously sent a letter to Adler and Brown asking them to modify or rescind the restrictions or “face imminent legal action from the state.”
In a statement on Wednesday, Paxton said the officials “do not have the authority to flout” Abbott’s order.
“The fact that these two local leaders released their orders at night and on the eve of a major holiday shows how much contempt they have for Texans and local businesses.”
Adler said in a written statement on Thursday that the restrictions don’t violate Abbott’s order, according to the Austin American-Statesman.
"We believe that communities have the power to protect themselves when the State won’t," Adler said, according to the newspaper. "We also believe our orders do not violate the Governor’s rules. Tomorrow a court will decide. Whatever happens, we are trying to save as many lives as we can and we are following the medical and scientific advice."
There have been 50,194 COVID-19 infections in Travis County since the pandemic began, and 548 deaths.
Texas