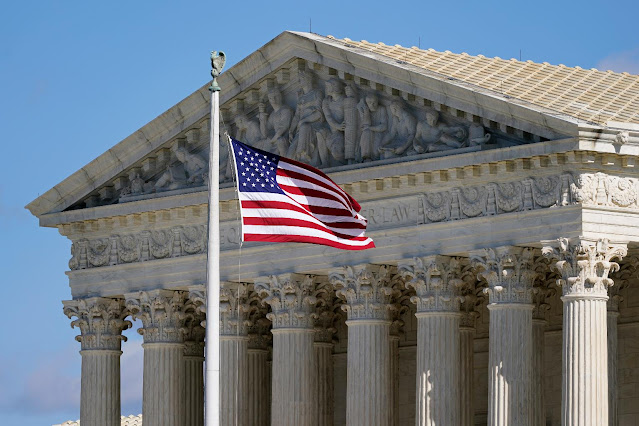 The Supreme Court ruled 6-3 on Friday to dismiss a challenge to the Trump administration’s exclusion of undocumented immigrants from the U.S. census, the once-per-decade population count used to allocate House seats among the states.
The decision broke along ideological lines, with the court’s six conservative justices finding that the lawsuit brought by nearly two dozen states was premature. The court’s three more liberal members dissented.
If the courts take no further action on President Trump’s plan, the Friday ruling would effectively allow him to subtract undocumented residents from his mandatory January apportionment report to Congress, which could reduce House seats and federal funding among states with large undocumented populations.
But an attorney for the American Civil Liberties Union (ACLU) who argued against the Trump plan before the justices last month said more lawsuits would follow if the administration took steps to apply the policy.
“If the Administration actually tries to implement this policy, we'll sue. Again. And we'll win,” Dale Ho, who directs the ACLU’s voting rights project, said in a tweet.
The majority’s reluctance to halt Trump’s plan at this time reflected, in part, some of the practical difficulties his administration faces in attempting to implement the presidential memorandum he issued last summer that set the policy in motion.
In July, Trump directed Commerce Secretary Wilbur Ross to bring him two sets of census data: one that reflects each state’s population, including noncitizens, and another that would allow for the exclusion of undocumented immigrants from the apportionment base.
But it’s unclear how the Commerce Department would carry out Trump’s directive.
In their unsigned opinion Friday, the majority said “the policy may not prove feasible to implement in any manner whatsoever, let alone in a manner substantially likely to harm any of the plaintiffs here.”
“At present, this case is riddled with contingencies and speculation that impede judicial review,” the majority wrote. “The President, to be sure, has made clear his desire to exclude aliens without lawful status from the apportionment base.
“But the President qualified his directive by providing that the Secretary should gather information ‘to the extent practicable” and that aliens should be excluded ‘to the extent feasible,’” the opinion continued. “Any prediction how the Executive Branch might eventually implement this general statement of policy is no more than conjecture at this time.”
Trump’s July policy announcement sparked immediate legal challenges from nearly two dozen states, Washington, D.C. and a coalition of nongovernmental organizations.
His presidential memorandum cited California — though without identifying it by name — as an example of a state that has unjustly benefited from its large share of undocumented residents, which is estimated at around 2.2 million, or more than 6 percent of its total population. Trump’s memo indicates that his plan could result in the state losing two to three seats in the House.
In addition to establishing congressional representation, the amount of funding states receive under various federal programs may also be tied to the state’s raw census number.
In September, a three-judge panel of a New York-based federal district court ruled against Trump’s plan, finding that he had unlawfully exceeded his authority over the census. The court blocked the administration, though not the president himself, from including information about undocumented immigrants in his January apportionment report to Congress, which prompted the administration’s appeal to the Supreme Court.
On Friday, the court’s three liberal members signed onto a 21-page dissent written by Justice Stephen Breyer, arguing that the court should have seized the opportunity to invalidate Trump’s plan.
“The plain meaning of the governing statutes, decades of historical practice, and uniform interpretations from all three branches of Government demonstrate that aliens without lawful status cannot be excluded from the decennial census solely on account of that status,” Breyer wrote.
“The Government’s effort to remove them from the apportionment base is unlawful," he continued, "and I believe this Court should say so."
National