Sun Bowl cancelled due to COVID-19 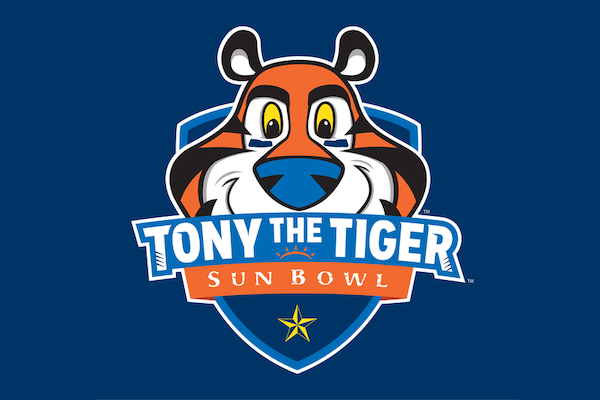 Organizers on Tuesday officially announced that El Paso's Tony the Tiger Sun Bowl, which has been played every college football season since its inception in 1935, is being canceled due to the Covid-19 pandemic.
“While it is a very sad decision to make, we believe it is the right decision based on the current situation in El Paso," said Sun Bowl Executive Director Bernie Olivas in making the announcement.
The Sun Bowl's board of directors met at noon and voted unanimously to accept the recommendation to cancel the game.
“The Sun Bowl has historically been a way to expose our amazing City of El Paso to the rest of our country. A great way to share our culture, our community, our people, and our neighbors to the south,” said long-time board member John Folmer. “However, now is no time to expose players and their families to the pandemic and being that I’ve been involved with Sun Bowl for almost 50 years, and it breaks my heart to do this. But it is the right thing to do.”
This year's Sun Bowl game had been scheduled for Dec. 31 at UTEP's Sun Bowl stadium, featuring teams from the ACC and Pac-12 conferences.
In a statement, the Pac-12 expressed "disappointment" about the cancellation but said it looked forward to having a team compete in "this marquee event next year.”
The Sun Bowl, played in El Paso during each of the prior 86 years, is the second-longest running bowl game in the nation. It's behind only the Rose Bowl, which has been played annually since 1916 in Pasadena, California.
Board president Natalia Flores said the Sun Bowl cancellation reflected "what is happening nationwide in the bowl industry." The Sun Bowl became the ninth bowl game this season to be scrapped because of the virus pandemic and Olivas said he believed there would be others unfortunately joining that list.
Sun Bowl sponsor Kellogg's said despite the shuttering of the game for 2020, it would "donate one million meals to El Paso food banks, which continues our game’s historic commitment to the families and residents of this vibrant community.”
Olivas said the planning was underway for "El Paso’s long-standing tradition game and all the festivities associated with it" to return next year, with Kellogg's and other existing sponsors remaining in place. But he added, "we have to beat this virus or we could be in the same position again next year."
Texas