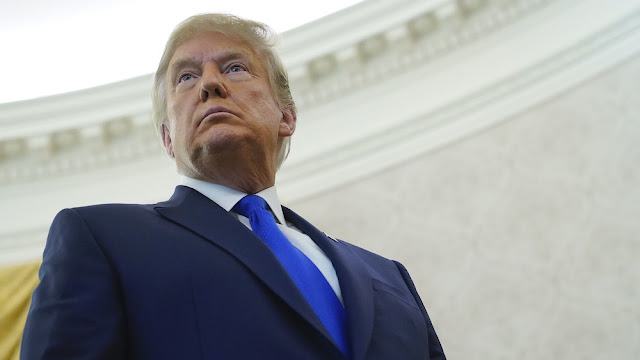 The Senate passed a mammoth defense policy bill on Friday, setting up a veto showdown with President Trump.
Senators overwhelmingly supported the $740 billion National Defense Authorization Act (NDAA) in an 84-13 vote, approving it with more than the two-thirds majority that would be needed to override a potential veto from President Trump, who opposes the legislation on two points.
The bill already passed the House this week in a 355-78 vote, meaning it now goes to Trump, where he’ll have to decide if he is going to follow through with his veto threat despite bipartisan opposition.
Top Republicans touted the bill ahead of Friday, underscoring the division between the president and congressional Republican leaders.
“It does not contain every policy that either side would like to pass, but a huge number of crucial policies are included and a lot of bad ideas were kept out. So I would encourage all our colleagues to vote to advance this must-pass bill,” said Senate Majority Leader Mitch McConnell (R-Ky.).
Trump has homed in on two issues. One is his months-long fight over a plan, included in the final version of the bill, that would require Confederate bases and military installations to be renamed within three years. Though senators had hoped that he had backed down from that fight, Trump shouted out the provision in a tweet this week.
More recently he’s hammered the bill over not including a repeal of Section 230, which provides a legal shield to tech companies and has emerged as a prime punching bag for the president and his allies. The bill also rebuffs Trump’s efforts to draw down troops in Germany and Afghanistan.
Though the bill passed both chambers this week with enough votes to override a veto, there could be a shuffling on an override vote with some GOP lawmakers flipping to stick with Trump and some Democrats who opposed the bill supporting an override.
Republicans say there have been efforts to talk Trump down from his veto threat, which could imperil a bill that typically passes with overwhelming bipartisan support and has been signed into law for 59 years in a row.
“My hope is that if the number is big enough that the president reconsiders his threat to veto it. It's clear what the final outcome will be,” said Sen. John Cornyn (R-Texas).
But Trump has shown no signs of backing down from trying to sink the bill, and Senate Armed Services Committee Chairman James Inhofe (R-Okla.), who spoke with the president this week, said he expects him to veto it.
The language on Afghanistan temporarily snagged passage of the bill after Sen. Rand Paul (R-Ky.) warned that he was slow-walking the legislation. Paul had wanted leadership to agree to delay the final vote until Monday, an effort leadership said was really an attempt to delay the veto override vote.
“Our main point in filibustering the defense authorization bill was to point out that the president should have the prerogative to end a war, not just to start wars,” Paul said on Friday.
Trump’s threat has also complicated support for the defense bill.
Though House Minority Leader Kevin McCarthy (R-Calif.) voted for it this week, he has vowed that he won’t support a veto override.
GOP Sens. Josh Hawley (R-Mo.) and Tom Cotton (R-Ark.), two 2024 hopefuls who supported the Senate’s bill earlier this year, warned that they would oppose the final version of the bill.
“The NDAA does NOT contain any reform to Section 230 but DOES contain Elizabeth Warren’s social engineering amendment to unilaterally rename bases & war memorials w/ no public input or process. I cannot support it,” Hawley tweeted, referring to the Massachusetts Democratic senator.
Cotton said the bill “stiff arms” the president.
"As this massive bill was written and then rushed to a vote, some seem to have forgotten to consult with the commander in chief or recall that he has a veto power,” Cotton said.
Neither chamber has been able to successfully override one of Trump’s vetoes during his administration.
But a veto of the defense bill will represent one the biggest challenges to Trump’s relationships with congressional Republicans to date and comes as he’s already mired in a weeks-long fight over President-elect Joe Biden’s victory that has emerged as a division point among GOP lawmakers.
Top Republicans have hinted they are willing to override a veto in an unprecedented break with Trump, but they are hoping to convince him to back down.
Rep. Liz Cheney (R-Wyo.), the No. 3 House Republican, said “ the president should not veto it. And we should override.”
And Inhofe — who, like most Republicans, has stuck closely to Trump — has vowed to support a potential veto override.
“He says he's gonna veto. But he also knows, and I told him how significant it was,” he said. "It's the most important bill of the year.”
National