Rose Bowl moving to Texas due to COVID restrictions 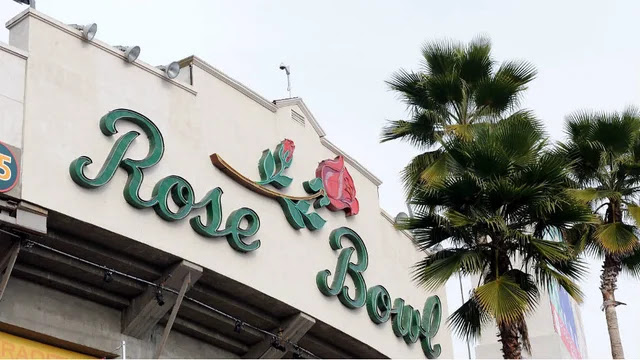 California’s ban on spectator sports has caused a College Football Playoff (CFP) semifinal game to move from the Rose Bowl in Pasadena to the AT&T Stadium in Texas.
“The game in Dallas will still be played in the mid-afternoon window on New Year’s Day,” said CFP Executive Director Bill Hancock in a statement. “We are pleased that parents and loved ones will now be able to see their students play in the game.”
According to Hancock, the decision to move the game was mutually made by the CFP’s management committee and the Tournament of Roses, citing the “growing number of COVID-19 cases in Southern California.”
As The Associated Press reports, the Rose Bowl unsuccessfully asked the state government twice for restrictions to be waived.
David Eads, Tournament of Roses CEO and executive director, acknowledged the difficult decision that had been made.
“While we remain confident that a game could have been played at the Rose Bowl Stadium, as evident in the other collegiate and professional games taking place in the region, the projection of COVID-19 cases in the region has continued on an upward trend," he said.
The Rose Bowl’s inability to accommodate players’ families had caused coaches and school officials to complain, the AP notes, with Notre Dame coach Brian Kelly even going as far as to say the school’s players would boycott the game if they were selected and their families couldn’t attend.
Notre Dame is now scheduled to play Alabama in the game.
According to Hancock, it has still not been determined if the game played at the AT&T Stadium in Arlington, Texas would still be referred to as the Rose Bowl. If not, this would be the first time since 1916 that the Rose Bowl has not been played.
National Texas