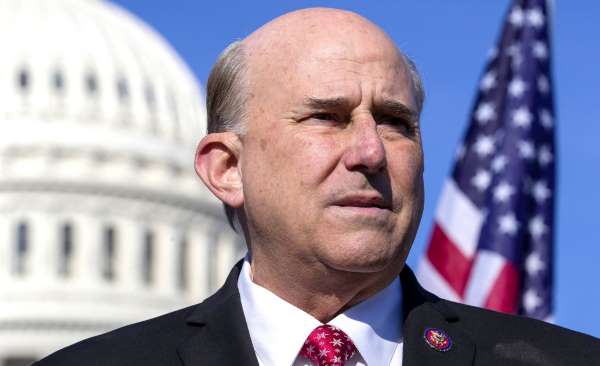 Vice President Pence was sued Sunday by Rep. Louie Gohmert (R-Texas) and several other Republicans in a far-fetched bid that appeared aimed at overturning President-elect Joe Biden's election win.
The lawsuit focuses on Pence’s role in an upcoming Jan. 6 meeting of Congress to count states’ electoral votes and finalize Biden’s victory over President Trump. Typically, the vice president’s role in presiding over the meeting is a largely ceremonial one governed by an 1887 federal law known as the Electoral Count Act.
But the Republican lawsuit, which was filed against Pence in his official capacity as vice president, asks a federal judge in Texas to strike down the law as unconstitutional. The GOP plaintiffs go further: They ask the court to grant Pence the authority on Jan. 6 to effectively overturn Trump’s defeat in key battleground states.
Election law experts were dismissive of the lawsuit’s prospects for success.
“The idea that the Vice President has sole authority to determine whether or not to count electoral votes submitted by a state, or which of competing submissions to count, is inconsistent with a proper understanding of the Constitution,” said Edward Foley, a law professor at the Ohio State University.
Among the plaintiffs in the lawsuit were Kelli Ward, who chairs the Arizona Republican Party and formerly served as an Arizona state senator. Ward has amplified claims from Trump and his allies — all of which have been dismissed in court — that the 2020 election was subject to widespread fraud and was behind an unsuccessful earlier lawsuit to overturn Biden’s win in Arizona.
The lawsuit targeting the vice president comes as Pence finds himself under increasing pressure from Trump supporters — even the president himself — to use his statutory role to subvert normal election protocols.
Trump last week retweeted a supporter who called on Pence to refuse to certify Biden’s win on Jan. 6. The president has also reportedly complained that Pence has not done enough in the fight to overturn Trump’s electoral defeat, according to CNN.
Pence’s office did not respond to a request for comment.
The GOP lawsuit is premised on the dubious notion that the election results in Arizona, Georgia, Michigan, Pennsylvania and Wisconsin are in doubt, despite Biden winning each of those states by a decisive margin. The litigants seek to authorize Pence to select slates of electors from those states who would cast votes for Trump rather than Biden.
Election law experts said there's a strong possibility that U.S. District Judge Jeremy Kernodle, a Trump appointee, would find that Gohmert, Ward and the other Republican litigants lacked a legal right to sue.
"I’m not at all sure that the court will get to the merits of this lawsuit, given questions about the plaintiffs’ standing to bring this kind of claim, as well as other procedural obstacles," Foley said.
National