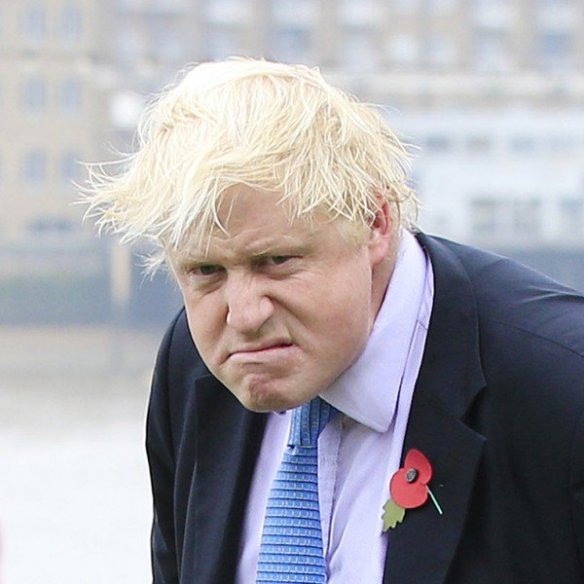 In the U.K., news outlets are reporting that the prime minister has “canceled Christmas.” The situation resembles something from a movie. Because of a new strain of the deadly virus — which is now 77 percent more transmissible — the government has consigned millions of people in highly infected areas (London and the southeast of England) to a sad and lonely Christmas, self-isolating away from loved ones.
Of course, if this really were a movie, we could all expect that on Christmas eve, Santa (played by Tom Hanks?) would come to the rescue, flying overhead on his sleigh, spraying a magical cure like fairy dust. Then children would hug their grandparents, couples would kiss, dogs would wag their tails, and all would be well against a backdrop of snowfall and corny music. If only real life were so sentimental. It’s not, of course. And the prime minister’s deliverance of this bad news is made all the worse by his shambolic inconsistency.
Last week, as the newspapers were reporting that Boris Johnson had “ruled out scrapping Covid freedoms in England,” leader of the opposition Keir Starmer was warning the prime minister not to make promises he was unlikely to keep. Starmer wasn’t the only politician presenting concerns. Scotland’s leader, Nicola Sturgeon, had warned that Scotland would chart its own course if the prime minister pursued action that contradicted scientific advice. On December 15, the Health Service Journal and British Medical Journal said in a joint editorial that relaxing restrictions over Christmas would be “rash” and “cost many lives.”
But much like his sudden change of heart with lockdowns at the beginning of the pandemic, Johnson scoffed at calls for tighter restrictions over Christmas, calling them “inhuman,” only to adopt the very same policies his critics were calling for days later. (Because of the terms of the Coronavirus Act, Johnson is able to make decisions about restrictions without going through Parliament.)
Johnson’s sudden change of mind has been hugely disruptive and distressing, as many people who otherwise would have been able to travel home are trapped in London. Christmas 2020 will no doubt go down as yet another contributing factor of Johnson’s plummeting popularity.
Opinion World