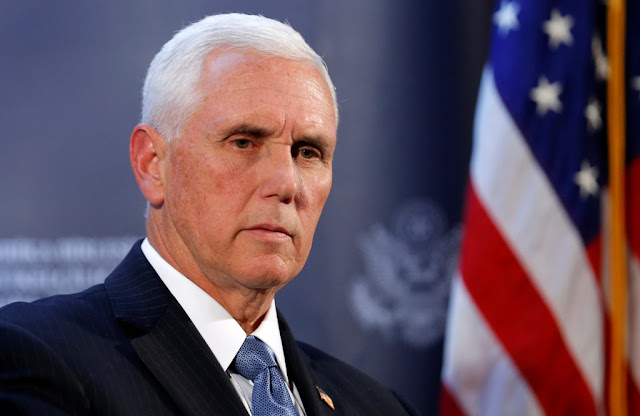 The Washington Post reported on December 25 that “some die-hard Trump supporters are declaring that Vice President Pence will be a traitor if he does not somehow derail the proceedings” to count electoral votes before the joint session of Congress in January.
As president of the Senate, the vice president is charged with presiding over the joint meeting of the two chambers at 1 p.m. on Jan. 6 to count the electoral votes for president and vice president from the 50 states and District of Columbia. In the absence of the vice president, the president pro tempore of the Senate, Sen. Charles Grassley (R-Iowa), would preside.
The last vice president who declined to preside over the joint meeting was Hubert Humphrey (D-Minn.) in 1969 (although he did attend the inaugural ceremonies two weeks later). Humphrey had lost the 1968 presidential election to Richard M. Nixon. In that instance, Senate President pro tempore Richard Russell, Jr. (D-Ga.) wielded the gavel over the joint meeting.
While the Trump die-hards might think the vice president somehow has discretionary authority to declare the Trump-Pence ticket the actual winner of the election, such a notion has no basis in the Constitution or law. It is abundantly clear from both that the vice president’s powers are strictly limited to opening the envelopes from the states alphabetically, then passing the certificates to four tellers (two members from each house and each party.)
The tellers read, count and alternate in announcing the results from each state. After each state’s vote totals are announced, the vice president asks whether there are any objections. If at least one member of each house has signed an objection to that state’s vote totals, the two houses immediately withdraw to their respective chambers to debate and vote on the objections.
By statute, debate in both houses is limited to two hours, with no member permitted to speak for more than five minutes. When the joint session reconvenes, the secretary of the Senate and clerk of the House announce the vote results of their respective bodies. If the House or Senate (or both) disagree on the validity of an objection, the originally announced count stands, and the announcements of state results resumes.
When all the state electoral votes are counted, the vice president announces the vote totals and declares which candidates for president and vice president (if any) have received a majority of the electoral votes presented. That constitutes the official declaration of the winners, and the joint meeting is adjourned.
It is true that the vice president, when presiding over the Senate, has the authority to decide questions of order and to break tie votes. However, that authority does not extend to the joint session for the electoral count where no debate is allowed, no votes are taken, and most questions of order are not allowed.
In 2001, for instance, Vice President Al Gore, who had lost the presidential election to George W. Bush, refused to entertain a point of order that a quorum was not present because the motion had not been endorsed in writing by at least one member from each house. Gore cited the Electoral Count Act of 1887 as the basis for his ruling. That Act provides that no question is to be “put by the presiding officer except to either House on a motion to withdraw for debate and a decision on the question.”
Rep. Mo Brooks (R-Ala.) has vowed to raise objections to the electoral votes of one or more states, and this week Sen. Josh Hawley (R-Mo.) said he would join in the effort despite Senate Republican leaders’ urging members not to sign-on. Electoral vote counts in recent years have been fairly perfunctory, taking just 23 minutes in 2013, and 41 minutes in 2017. However, it is obvious that if multiple objections are properly raised, the two-hours of debate and up-or-down votes on each could consume several hours.
It is highly doubtful Vice President Pence would attempt to deviate from the order prescribed by the Constitution, the 1887 statute, and long-standing precedents. He nevertheless is being pressured to do so by Trump supporters, and maybe even by the president himself. It is perhaps no coincidence that Pence is scheduled to leave on a previously announced overseas trip later that same day. Whether consciously or not, he will be following the sage advice handed down in scores old westerns to “Get out of town while the gettin’ is good.”
Opinion