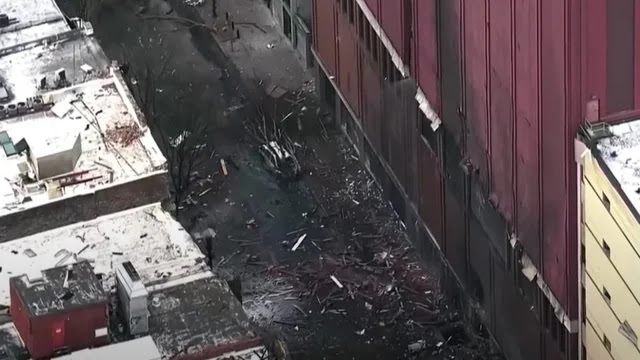 The girlfriend of the suspected Nashville bomber reportedly warned police last year that he was making explosives.
Documents obtained by The Tennessean revealed that officers visited the home of Anthony Q. Warner over a year ago after his girlfriend warned that he was making bombs in his recreational vehicle.
Authorities confirmed on Sunday that Warner was the suspect in the RV explosion that rocked downtown Nashville on Christmas morning. The Tennessean reported at the time that authorities identified him through DNA found at the scene.
An Aug. 21, 2019, police report obtained by The Tennessean reveals that Warner's girlfriend told police Warner “was building bombs in the RV trailer at his residence.” Attorney Raymond Throckmorton III, who represented both Warner and his girlfriend, had called police out of concern about comments she had made.
Throckmorton reportedly later said Warner “knows what he is doing and is capable of making a bomb.”
Police then went to Warner’s home, where they saw his RV behind the house, the Tennessean reports.
Minneapolis police spokesman Don Aaron told the newspaper that officers “saw no evidence of a crime and had no authority to enter his home or fenced property" when they went to his home. Their report was sent to the FBI, which also found no records of Warner in its files.
Aaron told the newspaper “no additional information about garner came to the department’s or the FBI’s attention” after August 2019.
Warner died in the explosion, which injured three people and damaged about 41 businesses.
Neighbors told The Associated Press on Monday that Warner said the world was “never going to forget me” just days before the explosion.
Authorities are still investigating possible motives behind the bombing.
National