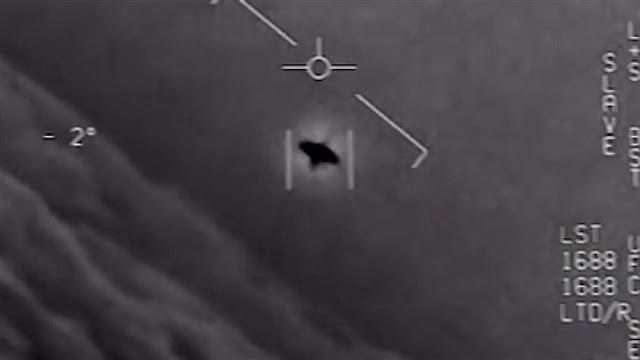 A rather intriguing bit of UFO news popped up this week that may give us yet another peek into what the government knows about the Unidentified Aerial Phenomena, or at least thinks it knows.
John O. Brennan, CIA Director under President Obama, gave an interview to Tyler Cowen at Marginal Revolution. Part of their conversation turned to the subject of the UAP Task Force and possible explanations for what these UFOs are and where they might come from.
Rather than clamming up or simply laughing it off, Brennan took the question seriously. While he clearly wasn’t about to make some Earth-shattering announcement, he did offer some speculation which at least seems to hint at the idea that the CIA has pondered the subject and they aren’t ruling anything out.
COWEN: At the end of all that sifting and interpreting, what do you think is the most likely hypothesis?
BRENNAN: [laughs] I don’t know. When people talk about it, is there other life besides what’s in the States, in the world, the globe? Life is defined in many different ways. I think it’s a bit presumptuous and arrogant for us to believe that there’s no other form of life anywhere in the entire universe. What that might be is subject to a lot of different views.
But I think some of the phenomena we’re going to be seeing continues to be unexplained and might, in fact, be some type of phenomenon that is the result of something that we don’t yet understand and that could involve some type of activity that some might say constitutes a different form of life.
You can read or listen to the interview at Medium and it’s probably worth your time if you’re interested in this subject. They cover a lot more material than just UFOs, but the way Brennan answered the UAP question is of particular interest to me. Just from the transcript above, you can see that he begins the answer with a laugh, but it sounds more like a nervous laugh than any sort of mocking tone. He doesn’t sound entirely comfortable and goes on to string together a very large number of words that seem to dance around the question before delivering the final shot.
I was particularly taken by the way he talked about “something we don’t yet understand.” He then races through a few more qualifiers before suggesting the possibility that the origin of the UAP is something that “some might say constitutes a different form of life.” Those were some impressive linguistic backflips to avoid saying the word “aliens” or “extraterrestrials,” weren’t they? But what else could he be talking about?
What makes Brennan more of an interesting figure in this discussion than you might expect is the fact that as the Director of the CIA, he held (and likely still holds) one of the highest possible security clearances in the country. And as those of you that follow ufology and UFO history likely already know, the CIA has had a long and deep interest in the subject of UFOs going back to the earliest days of the agency. They have frequently been shown to have trafficked in information (and frequently disinformation) that later became declassified.
The CIA was heavily involved in Operation Blue Book, though primarily in the background. The agency frequently worked hand-in-hand with the Air Force Office of Special Investigations (AFOSI) which, as you may recall, was responsible for the disinformation work of Richard Doty. His efforts at blaming aliens as a cover for other classified operations eventually led to the death of a scientist named Paul Bennewitz.
The point is that the CIA has had their hand in this game for a long time. If they know anything about UFOs that’s being withheld from the public, it’s a fair bet that Brennan knows about it. But even hearing him “suggest” that they might involve “a different form of life” is intriguing, to say the least.
Opinion