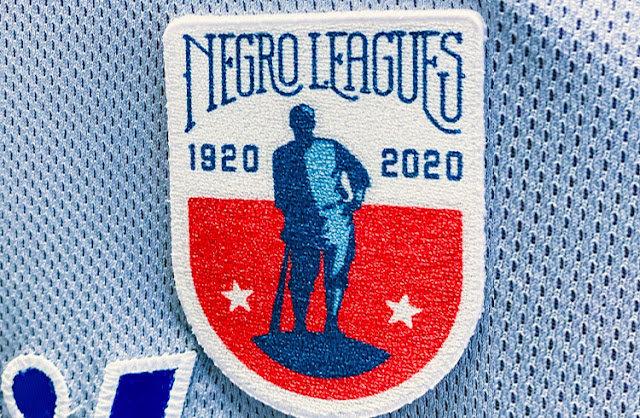 Black and brown professional baseball players have played the sport for as long as white players have. Now, for the first time in history, Major League Baseball is acknowledging the Negro Leagues as equal, granting them “Major League” status.
“All of us who love baseball have long known that the Negro Leagues produced many of our game’s best players, innovations and triumphs against a backdrop of injustice. We are now grateful to count the players of the Negro Leagues where they belong: as Major Leaguers within the official historical record," said MLB commissioner Robert Manfred, calling it a "long overdue recognition" in a release.
Until recently, the MLB cited differences in the Negro Leagues' structure and scheduling, which John Thorn, the Official Historian of the MLB, acknowledged "were born of MLB's exlusionary practices." Since 1876, the league has identified six other "Major Leagues" excluding the Negro Leagues, a decision that the MLB acknowledged "was clearly an error."
“In the minds of baseball fans worldwide, this serves as historical validation for those who had been shunned from the Major Leagues and had the foresight and courage to create their own league that helped change the game and our country too,” said Bob Kendrick, president of the Negro Leagues Baseball Museum in Kansas City, Missouri, in the release. “This acknowledgement is a meritorious nod to the courageous owners and players who helped build this exceptional enterprise and shines a welcomed spotlight on the immense talent that called the Negro Leagues home.”
In August, the MLB celebrated the centennial anniversary of the Negro Leagues with a symbolic logo patch and a joint donation with the MLB Players Association of $1 million to the Negro Leagues Baseball Museum. The league said it is working with the Elias Sports Bureau, the official statistician for the sport, to evaluate and incorporate the Negro League’s statistics and records.
Nearly a century after the first Negro League teams organized, the inclusion of Black and brown players has rendered the league — which carried on through the 1960s — obsolete. But historians and researchers including Gary Ashwill, Scott Simkus, Mike Lynch, and Kevin Johnson, who created the Negro Leagues Database, as well as Larry Lester, fought to ensure that its players and legacy will now become part of Major League Baseball's history.
National