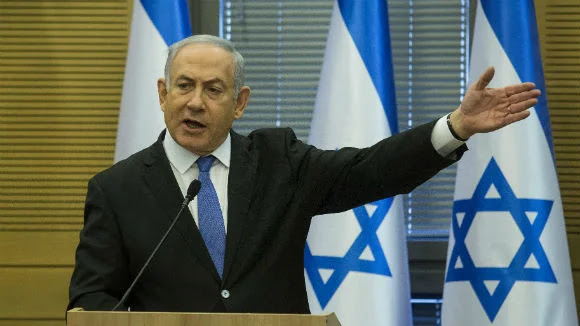 Israeli Prime Minister Benjamin Netanyahu said Saturday that a delegation from Morocco will be visiting next week to further establish relations between the two countries.
The confirmation from Netanyahu comes a day after he spoke with Morocco’s King Mohammed VI, during which he invited the monarch to visit Israel.
“We agreed that the Moroccan delegation will come here at the start of the week in order to advance it all,” Netanyahu said in a video he posted on Twitter, describing his conversation with the king.
The visit will come as Israel establishes deeper relationships with majority-Muslim nations throughout the region.
In recent months, Israel has established diplomatic relations with the United Arab Emirates, Bahrain, Sudan and Morocco, and the White House has played a major part in pushing the peace deals over the finish line.
The four countries have also garnered benefits from the U.S. amid the peace talks, ranging from F-35 jets for the United Arab Emirates, the removal of Sudan from the U.S.’s list of state sponsors of terrorism and recognition of Morocco’s sovereignty over the Western Sahara.
Morocco and Israel recognized their ties this week when Jerusalem sent a delegation to the North African country via the first direct commercial flight from Israel to Morocco.
Muslim countries have long hesitated to form ties with Israel as long as there is no agreement that involves Palestinians.
In a statement describing the Friday conversation with Netanyahu, King Mohammed’s office said he “reiterated the consistent, unwavering and unchanged position of the Kingdom of Morocco on the Palestinian Question and the pioneering role of the Kingdom in promoting peace and stability in the Middle East.”
World