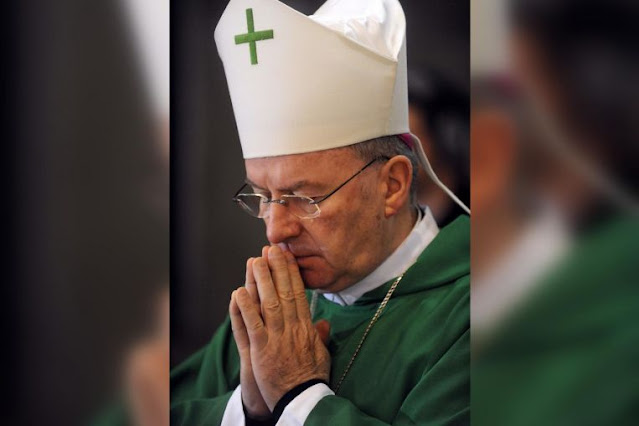 The Vatican's former envoy to France was convicted Wednesday of sexually assaulting five men and received a suspended sentence.
A French court found Archbishop Luigi Ventura guilty in absentia after his doctor asked the court to allow the 76-year-old to remain abroad due to the coronavirus pandemic, according to The Wall Street Journal. He received an eight-month prison sentence, which was suspended, and has maintained his innocence in the case.
An attorney for Ventura told reporters after the verdict that the court's decision “shows he wasn’t heard, despite a 7-hour hearing on gestures which are simple, light," according to The Associated Press.
One Paris city employee tasked with welcoming Ventura at a 2019 New Year's event told authorities that he was groped inappropriately in an “insistent and repeated” manner by Ventura.
Attorneys for the plaintiffs contended to reporters that Ventura's conviction, even though his sentence was suspended, showed that victims of sex abuse from high-ranking church officials would be heard and believed.
“These types of verdicts, when it involves a Vatican ambassador, can give other victims the courage to come forward in other cases potentially involving the church,” said attorney Antoinette Frety, according to the AP. “They know now that they will be heard no matter what the rank of the aggressor is within the church. And that’s very important.”
World