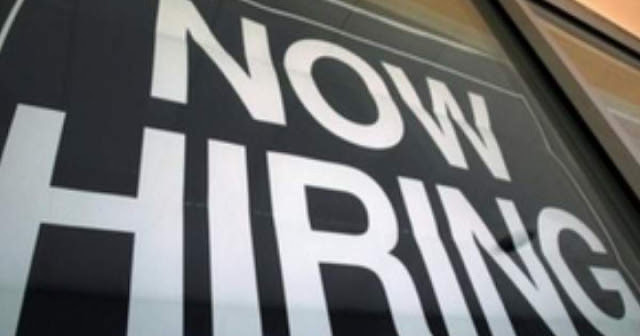 The U.S. added 245,000 jobs and the unemployment rate fell to 6.7 percent in November, according to data released Friday by the Labor Department.
The November employment report showed the recovery from the coronavirus recession fading at a much steeper rate than had been expected. Economists projected the U.S. to add roughly 400,000 jobs last month.
While the November unemployment rate was lower than the consensus projection of 6.8 percent, it also came with a decline in the labor force participation rate. A decline in the percentage of jobless workers seeking employment can reduce the unemployment rate.
The U.S. has regained roughly 11.6 million of the 21 million jobs lost to the onset of the pandemic, but the surprisingly steep drop-off in job gains last month is a red flag for the fragile economy as the coronavirus surges across the nation.
"The CARES Act was a critical lifeline for the economy through the pandemic’s first phase, but rear-view economics cannot inform the current state of the recovery," wrote Gregory Daco, chief U.S. economist at Oxford Economics, in a Friday analysis.
"We fear the next couple of months will prove difficult for the economy, with downside risks from the looming expiry of unemployment benefits for millions of Americans and the end of the eviction and foreclosure moratoriums," he added.
The number of long-term unemployed workers — those jobless for at least 27 weeks — also increased in November by 385,000 people. Those who suffer long-term unemployment typically find it harder to get another job than those who've been unemployed for shorter periods.
Skyrocketing COVID-19 cases, hospitalizations and deaths have sapped economic activity and forced state and local governments to reimpose restrictions meant to curb the pandemic. The November surge of coronavirus cases derailed several hard-hit sectors that had steadily regained jobs they hemorrhaged during the onset of the pandemic.
The leisure and hospitality industry gained just 31,000 jobs and has yet to recover 3.1 million jobs lost since February. Retailers lost 35,000 jobs in November when stores typically load up on seasonal hires for the holiday shopping rush.
November's job gains were led by the addition of 145,000 transportation and warehousing jobs, likely reflecting a surge in online shopping. A gain of 32,000 temporary help service workers, 46,000 health care workers and 27,000 construction jobs also buffered slowdowns across the rest of the economy.
Economists had warned for months that the raging pandemic has left the U.S. vulnerable to a steeper slowdown without further aid from the federal government.
While both Democrats and Republicans have supported passing another economic rescue package since July, they've been unable to reach an agreement over the size and scope of the measure.
The dismal November jobs report may bring both parties closer to a deal, and congressional leaders have already reignited negotiations. Rank-and-file lawmakers are also pushing leadership to strike a deal before Congress breaks for the rest of 2020.
A failure to renew expanded unemployment benefits, deal with expiring eviction and foreclosure moratoria and offer more support to shuttered businesses could devastate the economy and potentially cause a second dip in the recession, economists warn.
"Slowing increases in job numbers show that the economy is swimming against the current, especially as we head into the winter, where many seasonally-dependent jobs such as construction and outdoor recreation will taper off in large parts of the country," said Julia Friedlander, a senior fellow at the Atlantic Council.
"A double-dip recession is not a good launch pad for a new administration, particularly if it is embattled by Pollyannaism in Congress. It's hard to see how anyone wins from that," she added.
National