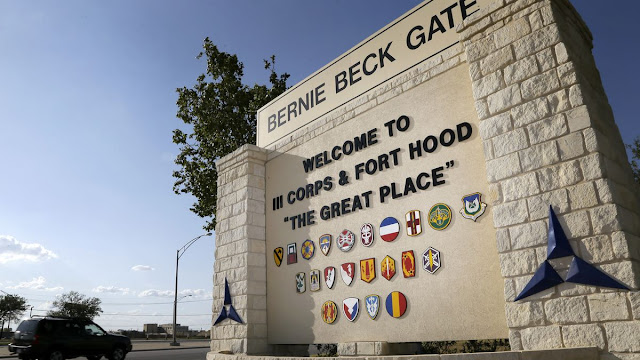 House lawmakers on Wednesday vowed to further investigate the findings of a damning report highlighting a climate of widespread sexual harassment and violence at the Fort Hood Army base in Texas.
Rep. Jackie Speier (D-Calif.), the chairwoman of the House Armed Services military personnel subpanel, called the report “a damning indictment of Fort Hood and its leadership.”
Speier, who in September led a congressional delegation to the base, said she met with junior enlisted women who described a culture of sexual harassment. Squad and platoon leaders saw the abuse but “seemed either unwilling or unsure how to help them," she said.
“No one was held accountable. And not one leader stepped forward,” Speier said in her opening remarks at a hearing featuring the five experts who made up the Fort Hood Independent Review Committee, which produced the report.
Acting Defense Secretary Christopher Miller on Wednesday backed the findings of the report, voicing his support for the firings that followed in its wake.
In a statement, Miller said he had for several months “been closely following” the case pf Pfc. Vanessa Guillen, the 20-year-old whose death sparked an independent review of the command and climate at the troubled base.
Guillen went missing in April. Her sister said she had revealed that she was victim of sexual harassment but never reported it out of fear of retaliation. Guillen's body was discovered in late June, likely bludgeoned to death, but her suspected attacker took his own life while police attempted to arrest him.
“While my heart is heavy with the tragedy of her death, my commitment to addressing the issues of sexual assault and sexual harassment is resolved.  As a department we must do better, and we will do better,” Miller said.
“I support Army Secretary Ryan McCarthy’s decision to hold leaders at multiple levels accountable and will be closely reviewing the results of the Fort Hood Report and the People First Task Force,” he added, referring to the group that is tasked with to map implementing the document's recommendations.
McCarthy on Tuesday announced the firing and suspension of a combined 14 officers and enlisted soldiers at Fort Hood after an independent, five member panel found a there was a “permissive environment for sexual assault and sexual harassment” at the base.
On Wednesday, the panel echoed their findings, saying changes need to come from the top down at the military installation.
“At Fort Hood there was a clearly identified high risk of serious harm: sexual assault involving female Soldiers in the enlisted ranks, which could have been addressed decisively and in proactive ways to mitigate the risk,” the report states. “Unfortunately, a ‘business as usual’ approach was taken by Fort Hood leadership causing female Soldiers, particularly, in the combat Brigades, to slip into survival mode, vulnerable and preyed upon, but fearful to report and be ostracized and re-victimized.”
Among the major failings was the Army’s Sexual Harassment/Assault Response and Prevention (SHARP) program, established 15 years ago to eliminate sexual assaults and sexual harassment in the ranks.
But the review found that the program had faltered as it was “structurally weak and under-resourced” and there was a “pervasive lack of confidence” in it.
“The SHARP Program was chronically under-resourced, due to understaffing, lack of training, lack of credentialed SHARP professionals, and lack of funding. Most of all, it lacked command emphasis where it was needed the most: the enlisted ranks,” the review board found.
At the hearing, panel members said many soldiers did not know much about nor had confidence in the program.
Another issue was a significant underreporting of sexual harassment and sexual assault, as “victims feared the inevitable consequences of reporting: ostracism, shunning and shaming, harsh treatment, and indelible damage to their career,” according to the report.
Further compounding problems was the Fort Hood Army Criminal Investigation Division (CID), which had a workforce that “was unstable, under-experienced, over-assigned and underresourced leading to inefficiencies that had an adverse impact on investigations, especially complex cases involving sex crimes and Soldier deaths.”
Chris Swecker — a lawyer and former assistant director of the FBI’s CID who led the panel — said the division only had three or four members that had more than three years of experience.
He said that more civilian agents with more experience should be moved to the unit.
Fort Hood, where roughly 36,500 soldiers are assigned, has become known as one of the most violent military installations in the last decade. At least 29 soldiers have died this year alone at the post.
An average of 129 felonies were committed annually at the base between 2014 and 2019, including cases of homicide, sexual assault, kidnapping, robbery and aggravated assault, according to Army data.
In September, Speier's subpanel along with the House Oversight and Reform national security subcommittee announced a joint Congressional investigation into Fort Hood.
“While the Army has directed an independent review of Fort Hood, Congressional oversight is necessary to determine whether base leadership—by omission or commission— has allowed or enabled a culture to exist that undermines the values and traditions of the U.S. Army,” they wrote.
National