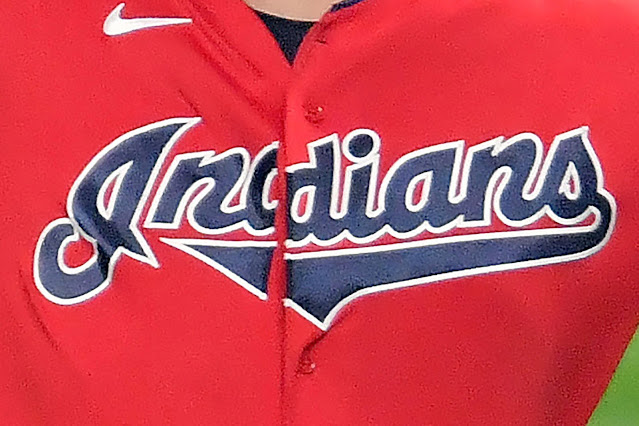 Cleveland’s baseball team intends to remove the word “Indians” from its name, The New York Times reported Sunday, citing three people familiar with the decision.
The expected change comes after fans and Native American groups have protested the name of the team and general use of Indigenous names and mascots for decades. It also follows the Washington Football Team’s decision to drop its name this year that is considered a racial slur.
The three people familiar with the decision told the Times that Cleveland could announce its plans to adjust its name that it’s had since 1915 as soon as this week. The Times noted it’s unclear what the team’s plans are beyond removing “Indians” from its name.
One of the sources said the team plans to keep the name and uniforms for the upcoming 2021 season and then make adjustments for the 2022 season.
Two of the sources told the newspaper that the Cleveland baseball team may follow in the Washington Football Team’s footsteps by not immediately replacing the name and then deciding on a new name with public input.
Cleveland had already worked ahead of its 2019 season to phase out its former logos including the mascot Chief Wahoo and to replace them with a block “C.”
A representative from the team did not return a request for comment.
Washington’s football team announced its name change in July after a summer of racial justice protests sparked conversations about systemic racism in the country.
After the Washington Football Team’s announcement, Cleveland declared it would conduct a “thorough review” of its name and confer with Native American groups in Ohio and nationally.
“We are committed to engaging our community and appropriate stakeholders to determine the best path forward with regard to our team name,” the team said in a statement in July.
Other professional teams like the Atlanta Braves, the Kansas City Chiefs and the Chicago Blackhawks said this year that they do not intend to modify their names.
National