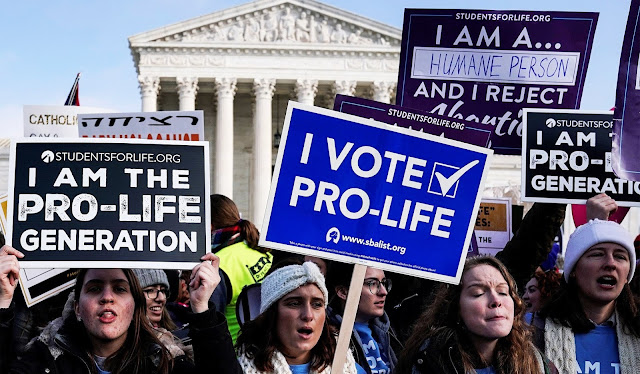 Last week, the Centers for Disease Control (CDC) released new data on the incidence of abortion in the U.S., indicating that although there was a slight uptick in the abortion rate between 2017 and 2018, the long-term decline in the abortion rate has continued. On the whole, the abortion rate in the U.S. has declined fairly steadily since 1980.
According to the new numbers, the abortion rate fell by approximately 2.6 percent between 2016 and 2018. That decline was fairly consistent across states, as 29 of the 46 states that reported abortion data in both 2016 and 2018 reported abortion-rate reductions. Overall, this is good news for pro-lifers.
Coverage of new abortion data often focuses on short-term trends. However, the long-term decline in the U.S. abortion rate is far more impressive. In those states that consistently report data to the CDC, the abortion rate has fallen by more than 24 percent between 2009 and 2018. Furthermore, the CDC data indicate that the abortion rate has fallen by more than 50 percent since 1980. The abortion trends reported by the CDC are largely similar to those reported by the Guttmacher Institute, which released 2017 abortion data last fall (although Guttmacher estimates suggest that there are far more abortions annually in the U.S. than those that are reported by states to the CDC).
Additionally, there are some abortion trends in specific states that are of interest to pro-lifers. In 2018, Illinois began funding elective abortion through the state Medicaid program. Unsurprisingly, between 2016 and 2018, the abortion rate in Illinois increased by 10.6 percent. In fact, Illinois is one of seven states that saw its abortion rate increase by more than 10 percent.
Meanwhile, in 2018, Missouri became the sixth state to have only one abortion clinic. Between 2016 and 2018, the abortion rate in Missouri dropped by 35 percent. In 2018, Missouri’s abortion rate was the second lowest in the country.
This new CDC report also reveals ongoing weaknesses in abortion-reporting requirements in the United States. The report does not include abortion data from either California or New Hampshire; neither state has reported abortion data to the CDC since 1997. The report also fails to include data from Maryland, which has not reported data to the CDC since 2006. This year, the CDC report does not include data from Wyoming. State data from 2017 is not included in the report and can only be found in an online supplementary file. Lastly, several states choose not to report abortion data organized by race, marital status, and gestational age.
Even so, this CDC report — along with recent Guttmacher reports — provides solid evidence of a durable, long-term decline in the U.S. abortion rate. Though many media reports credit increased contraception use with that decline, Guttmacher data shows that since 1980, there has been a significant increase in the percentage of unintended pregnancies carried to term. This statistic provides solid evidence that the educational, service, and legislative efforts of pro-lifers likely have been effective. Hopefully, these updated CDC data will provide pro-lifers with some encouragement as we continue our efforts to build a culture of life.
Opinion