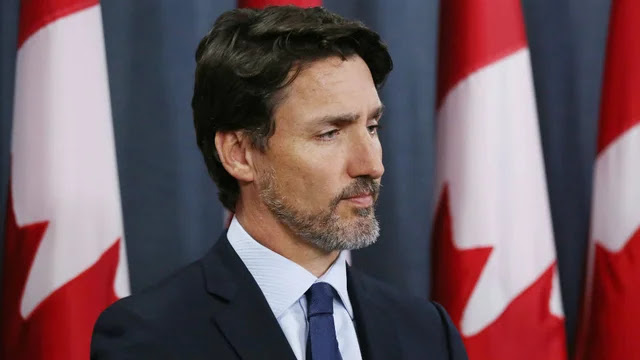 Canadian Prime Minister Justin Trudeau said Tuesday that his country is not ready to loosen border restrictions with the United States given spiking U.S. coronavirus cases, though he said it was "welcome news" that President-elect Joe Biden was taking the situation seriously.
“We are incredibly lucky that trade in essential goods, in agricultural products, in pharmaceuticals is flowing back and forth as it always has,” Trudeau told the Canadian Broadcasting Corp., according to The Washington Post. “It’s just not people traveling, which I think is the important thing.”
Trudeau said he has discussed the ongoing border restrictions with Biden, but added “the situation in the United States continues to be extremely serious, and it will take a while to turn the ship around.”
The U.S. and Canada agreed to seal the border to all but essential travel in March to stem the spread of the virus. Trudeau said Canadian officials have also extended restrictions on entrants from countries other than the U.S. through Jan. 14.
Although the prevalence of cases varied across Canada during the initial spring wave, the country has seen a surge in cases like much of the world. The seven-day average of new cases is up nearly 100 percent from the previous month, with 5,335 new cases reported Monday. This figure also represents a 12 percent increase from last week.
Trudeau previously announced in late November that the border restrictions would be extended until late December at the earliest.
“We’ve extended the current border measures by another 30 days. Non-essential travel between our two countries remains restricted until at least December 21,” he tweeted on Nov. 20.
World