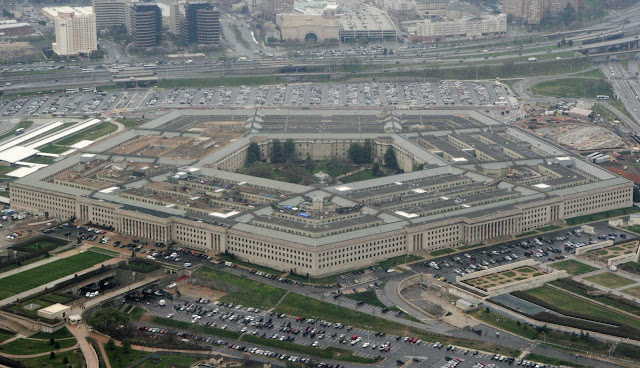 President-elect Joe Biden’s transition team expressed concern Friday about what it described as an “abrupt halt” in cooperation with the Defense Department.
The Pentagon had said it was rescheduling meetings with the transition team originally planned for Friday until after the new year, but insisted the change was part of a “mutually agreed” pause for the holiday season.
“Our agency review teams continue making progress on a shortened timeline, and we’ve benefited from constructive cooperation within many departments and agencies, but we have met isolated resistance in some corners, including from political appointees within the Department of Defense,” Biden transition executive director Yohannes Abraham said in a briefing Friday.
“We were concerned to learn this week about an abrupt halt in the already limited cooperation there, and as indicated by DOD earlier today, we expect that decision will be reversed,” Abraham continued.
“Let me be clear: there was no mutually agreed upon holiday break,” Abraham added later. “In fact, we think it's important that briefings and other engagements continue during this period, as there's no time to spare.”
Transition team members were notified Thursday about canceled meetings and “immediately and appropriately escalated” the issue, Abraham said.
Earlier Friday, Axios reported that acting Defense Secretary Christopher Miller ordered a halt to cooperation with Biden’s transition amid frustration within the Trump administration at Biden’s team.
The Pentagon responded to the report by acknowledging that about 20 meetings with 40 officials were being rescheduled until after Jan. 1, but insisted cooperation was continuing, saying that documents would be given to Biden’s team during the pause.
“After the mutually agreed upon holiday pause, which begins tomorrow, we will continue with the transition and rescheduled meetings from today,” Miller said in a statement Friday. “Again, I remain committed to a full and transparent transition — this is what our nation expects and the DoD will deliver AS IT ALWAYS HAS.”
Miller insisted that “at no time has the Department canceled or declined any interview” with the Biden transition team, touting that 139 interview with 265 officials have already been conducted.
“Our key focus in the next two weeks is supporting essential requests for information on [Operation Warp Speed] and COVID-19 information to guarantee a flawless transition,” Miller said, referring to the Trump administration’s COVID-19 vaccine program.
Friday is the second time in recent weeks the Pentagon has pushed back on reports that it was stymieing the transition process.
Earlier this month, The Washington Post reported the Trump administration was blocking meetings between transition officials and intelligence agencies that fall under the Pentagon’s purview, including the National Security Agency and the Defense Intelligence Agency.
The Pentagon quickly shot back that Biden’s team had not been denied access to the intelligence agencies and that meetings were scheduled to start in days.
National