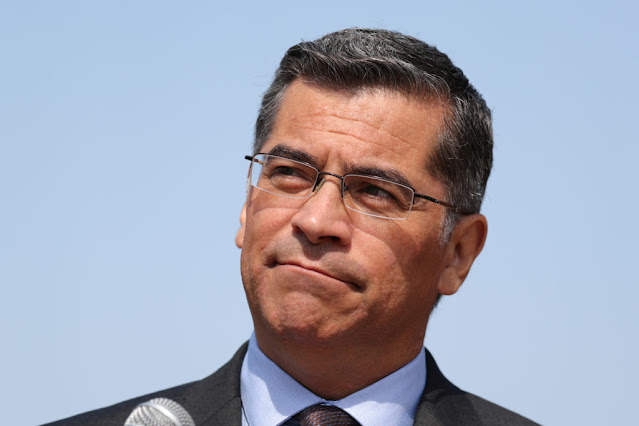 California attorney general Xavier Becerra, Joe Biden’s pick to lead the Department of Health and Human Services (HHS), is no mere supporter of a “women’s right to choose.” He’s an abortion enthusiast, a fanatic, a devotee.
Over the course of his decades-long career in public life, Becerra has made it plain that in his ideal America, there would be fewer children, more abortion, and a pro-life movement muzzled by the state. It’s his life’s work.
As a congressman, Becerra received a perfect score from NARAL Pro-Choice America in 2016. Among the votes that helped him achieve that score was one against the Conscience Protection Act of 2016, which barred the federal as well as any state or local government from penalizing or discriminating against health care providers that do not “perform, refer for, pay for, or otherwise participate in abortion.” Another was his vote against allocating $800,000 toward investigating Planned Parenthood’s sale of “fetal tissue” leftover from abortion procedures. This wouldn’t be Becerra’s last attempt at aiding and abetting the nation’s largest abortion provider in this matter.
In 2012, Becerra even voted against a bill that would have prohibited abortions performed on the explicit basis of an unborn child’s sex — a curious decision by a man who purports to be a stalwart supporter of women’s rights and health.
Running California’s Department of Justice, Becerra compiled an even more frightening record than he did in Washington, D.C. Picking up where his predecessor, Kamala Harris, left off, Becerra continued to harangue David Daleiden and Sandra Merritt, the activists responsible for recording and releasing damning evidence of officials at Planned Parenthood boasting about not only selling fetal tissue, but also altering the way abortions were performed so that the tissue would be left better intact and therefore more lucrative on the open market.
As John McCormack notes, Becerra even went so far as to file felony charges against Daleiden and Merritt in a move described by the not-so-severely-conservative Los Angeles Times editorial board as “disturbing” and by one far-right agitator at Mother Jones as an effort at “chilling” a “legitimate investigation.” While Planned Parenthood vehemently denied the veracity of the videos at the time — a claim echoed by Becerra — they have declined to do so under oath in a courtroom.
Becerra was also the defendant in National Institute of Family and Life Advocates v. Becerra, the Supreme Court case that struck down California’s FACT Act, a law (enforced by Becerra’s Justice Department) that forced pro-life crisis pregnancy centers to provide their patrons with government-drafted documents about how they could procure an abortion. This effort to compel speech directly contrary to these organizations’ purpose obviously constituted a First Amendment violation, but Becerra happily enforced it anyway.
Those inclined to be charitable toward Becerra might defend his enforcement of the FACT Act by protesting that it was only his job to implement any law passed by the California legislature. But his prior record and pledge not to prosecute abortionists if Roe v. Wade were to be overturned suggests that Becerra was motivated not by a fidelity to the rule of law, but by partisan animus.
Becerra’s career betrays not only a religious, worshipful attitude toward abortion, but a vindictive, authoritarian streak that should disqualify him from any position of power. For Becerra, it’s not enough that abortion providers be venerated, subsidized, and left un-scrutinized. Pro-life advocates must be menaced, bullied, and silenced by the long arm of the state. Indeed, the only good thing that can be said of Biden’s picking Becerra to lead HHS is that he has not been chosen to lead the Justice Department, where Becerra’s activist instincts could do even greater harm.
Opinion