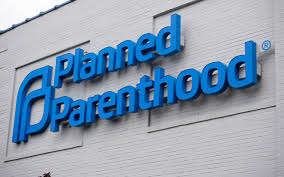 Newsweek reports that executives from Planned Parenthood are expecting to see the incoming presidential administration immediately enact all of the abortion organization’s policy preferences.
And why shouldn’t they? Planned Parenthood Action, the group’s political-action arm, shelled out $45 million in support of Democratic candidates this election cycle, topping its previous records for campaign spending. Receiving the seal of approval from abortion providers and activist groups such as Planned Parenthood is now an essential step in running for office as a Democrat. Woe betide the Democrat who eschews abortion on demand and finds himself tagged with the dreaded label “anti-choice.”
According to Newsweek, Planned Parenthood is now “working closely with the Biden-Harris transition team to ensure they’re ‘ready to hit the ground running day one.’”
“The first thing we would like to see would be an executive order on day one, within the first 100 days, that demonstrates the administration’s commitment to sexual and reproductive health care,” Planned Parenthood president Alexis McGill Johnson told the outlet in an interview.
Jacqueline Ayers, Planned Parenthood’s vice president of government relations and public policy, told Newsweek that the Biden administration should use the federal budget “to indicate how this administration would prioritize these programs that have been woefully underfunded for a long time.” Ayers is referring to programs that would direct federal funding to Planned Parenthood, among other abortion providers.
Though the abortion giant still receives close to half a billion dollars annually from the federal government, the Trump administration managed to remove all abortion providers from the Title X family planning program, costing Planned Parenthood about $40 million. That decision is almost sure to be reversed under the incoming administration, as is President Trump’s expansion of the Mexico City policy, which ensures that taxpayer money doesn’t fund abortion overseas.
Johnson told Newsweek that her work with Biden’s transition team has been mostly focused on staff appointments in the White House, administration, and federal agencies. “Planned Parenthood and its allies have identified and recommended nearly 200 people for key positions,” Newsweek reports.
“We know that personnel is policy,” Johnson said. “So we’re making sure that those positions are filled with sexual and reproductive health champions.”
It’s a neat little game they have going. Planned Parenthood spends millions targeting pro-life candidates and helping Democrats get elected, then Democrats turn around and staff up with pro-abortion ideologues who will funnel federal money right back into Planned Parenthood’s pocket.
Opinion