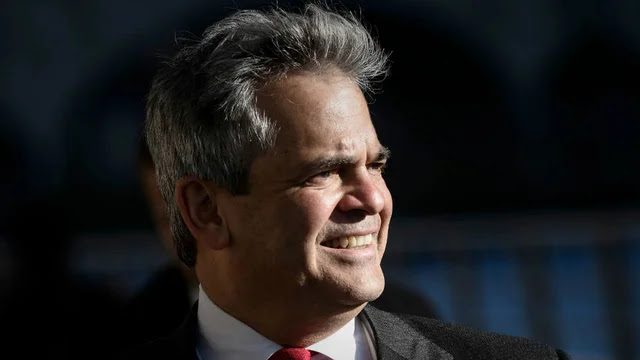 The mayor of Austin, Texas, said Wednesday that he regretted going on vacation last month to Cabo San Lucas, Mexico, where he filmed a Facebook video instructing residents that they “need to stay home.”
Austin Mayor Steve Adler (D) told High Plains Pundit in a statement that he regretted the trip after the Austin American-Statesman reported it on Wednesday.
“I regret this travel,” he said. “I wouldn’t travel now, didn’t over Thanksgiving and won’t over Christmas.”
“But my fear is that this travel, even having happened during a safer period, could be used by some as justification for risky behavior,” Adler said. “In hindsight, and even though it violated no order, it set a bad example for which I apologize.”
Adler reportedly took a private jet with seven other individuals to visit a family timeshare for a week in Cabo after holding an outdoor wedding and reception for his daughter in Austin.
A day after arriving, Adler addressed the city in a Facebook video, requesting residents stay home, according to the Statesman. In the video, he did not reveal that he was outside of the city and country.
“We need to stay home, if you can,” he said in the video at the time. “Do everything you can to try to keep the numbers down. This is not the time to relax. We are going to be looking really closely.”
“We may have to close things down if we are not careful,” Adler added.
The mayor defended his daughter’s wedding and travel to the newspaper, saying that neither broke his city coronavirus orders or Texas state orders.
The Statesman reported that at the time of the wedding comprising of 20 guests and vacation, Austin officials recommended limiting groups to no more than 10 people, that only at-risk people avoid non-essential trips.
“There was no recommendation for people not to travel during that period of time,” he told the Statesman. “Someone could look at me and say, ‘He traveled.’ But what they could not say is that I traveled at a time when I was telling other people not to travel.”
Adler said his family spent hours planning a safe wedding and vacation, and he discussed the matter with interim health director Mark Escott. At the wedding, the 20 guests took a rapid COVID-19 test and socially distanced, and masks were handed out but “probably not” worn the whole time, he told the newspaper.
When the mayor left for Mexico, the positivity rate was less than 4 percent in Austin, but increased while he was away. Mexico is one of the few countries that continues to allow Americans to enter as others have banned U.S. tourists amid the pandemic.
A generational challenge with hope on the horizon
It's time to help seniors return to their golden years
The week following his vacation, Austin officials raised the city to a Stage 4, which recommends residents avoid all nonessential travel.
News about Adler’s trip comes as people have increasingly criticized public officials for acting in conflict with their coronavirus recommendations.
Last week Denver Mayor Michael Hancock (D) received backlash when he told residents not to travel for Thanksgiving and then flew to Mississippi to see his family. California Gov. Gavin Newsom (D) was also slammed for attending a birthday party, and both officials later apologized.
Texas