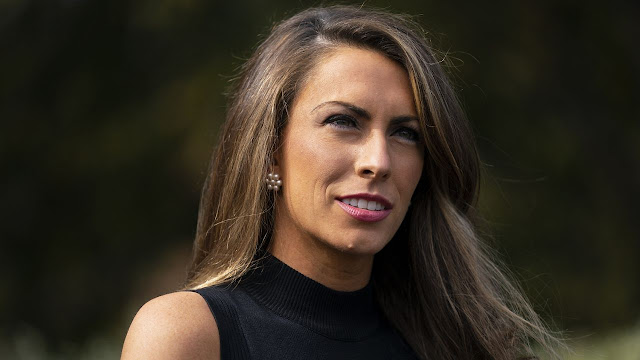 Alyssa Farah has resigned as President Trump’s White House communications director after more than three years serving in the administration.
Her resignation follows Trump’s loss to Joe Biden in the presidential election and comes less than two months before the new administration will take over. The Washington Post was first to report Farah’s departure from the White House.
Farah in a statement on Thursday described it as “the honor of a lifetime” to serve in the Trump administration, highlighting a number of the administration’s foreign and domestic policy priorities. She is the most prominent White House aide so far to depart after the election.
“Under this Administration, the ISIS caliphate was destroyed, American hostages were returned home, NATO is stronger than ever, we’ve brokered historic Middle East peace deals, and I was on the ground in Kabul for the announcement of a historic peace deal between the Afghan Government and the Taliban aimed at ending America’s longest war,” Farah said.
“We delivered historic tax cuts, putting money back into the pockets of hard working Americans. We rebuilt the judiciary with Constitution abiding independent jurists and we worked to create the most inclusive economy in American history - that gives every citizen a real chance to achieve the American dream,” she continued.
Farah also said she was honored to work with a team to deliver “a safe and effective COVID-19 vaccine in record time that will save countless thousands of lives."
She submitted her resignation letter on Thursday and her last day is Friday. Farah in her statement said she was leaving the White House to “pursue new opportunities.”
Farah intends to start a consulting firm, the Post reported, with a focus on communications and defense.
Farah served in various roles in the Trump administration, as a spokeswoman first for Vice President Pence and then for former Defense Secretary Mark Esper. She was brought on as White House communications director in April after Mark Meadows took over as Trump’s chief of staff, having previously worked with him on Capitol Hill.
Her resignation comes as Trump refuses to concede the election to Biden and as his campaign wages various legal challenges, with the departure a sign of White House staffers moving on despite the president's claims about the election outcome. The president has made unsubstantiated allegations about voter fraud that his attorneys have not provided evidence to back up in court.
Farah had been a regular figure on television touting and defending the White House's actions, but she has been absent from the airwaves since Election Day and her Twitter feed has largely been free of the kinds of false or misleading claims that Trump, press secretary Kayleigh McEnany and others have shared.
Fox News reported a week after the election that Farah had been interviewing with TV agents in a sign she was eyeing a job after the Trump administration, even as other top aides had avoided explicitly acknowledging the reality that they would be out of a job come January.
National