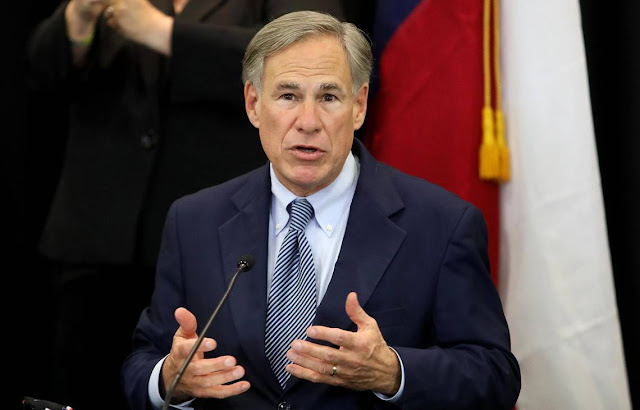 Texas Gov. Greg Abbott (R) on Monday announced draft legislation to place the Austin Police Department under state control, several months after the city government reduced the department's funding.
Abbott vowed in a tweet that his administration would "pass a law to keep Austin safe" in response to the August cuts that totaled more than $21 million, according to the Austin American-Statesman, and have the potential to be expanded by millions more in the future.
The legislation will be sent to the Republican state legislature for consideration.
Abbott threatened earlier this year to push for legislation that would allow the state to freeze property tax revenues for cities that vote to reduce funding for law enforcement in response to nationwide protests against the treatment of Black Americans by police and calls to shift funds away from traditional policing.
"Defunding the police puts Texans in danger and invites lawlessness into our cities, and cities that endanger their residents should not be able to turn around and raise more taxes from those same Texans," the governor argued earlier this year.
Demonstrations against police brutality spread nationwide following the May 25 killing of George Floyd in Minneapolis. Calls to reduce funding of police departments or shift law enforcement's responsibilities to other agencies have been embraced by some Democrats and rejected out of hand by Republicans.
Texas