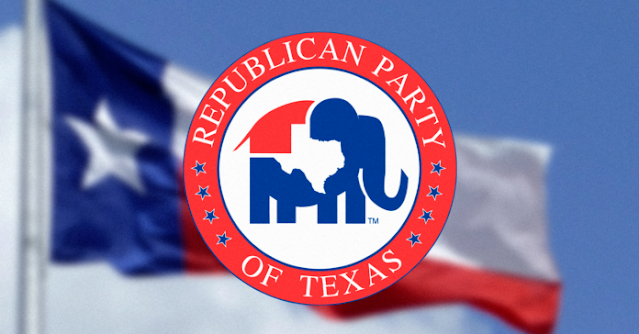 There may be trouble on the horizon for Texas’ Republican Party.
Despite exceeding expectations in the 2020 election, intraparty conflict has already emerged among some of the state’s Republican party leadership, with some of the harshest attacks on Republican officials coming from the Chairman of the Republican Party of Texas, former Florida Congressman Allen West.
Months into his new role, West sued Republican Gov. Greg Abbott for his decision to extend the early vote period, criticized the presumptive new state House speaker – Dade Phelan – as a traitor, and protested alongside fellow State Agriculture Commissioner (also a Republican) Sid Miller and current and former GOP legislators outside the Governor’s Mansion over Abbott’s handling of the coronavirus pandemic.
The criticism by West of the Governor and party leadership is nothing new.
In his campaign against the incumbent GOP chairman, James Dickey, West made it clear he opposed the Governor’s response to the coronavirus. Even rallying delegates in his final speech against the “tyranny that we see in the great state of Texas, where we have executive orders and mandates, people telling us what we can and cannot do, who is essential, who is not essential.”
It worked. West ended up winning with a clear majority of the Convention vote, taking 22 of the 31 state Senate district caucuses which decided the party leadership.
West continued attacking Abbott after winning the party election, opposing Abbott’s statewide mask mandate, called for a special session to limit Abbott’s executive power during the pandemic, and joined a lawsuit against Abbott’s executive order extending the early voting period.
The views of West are not all that surprising when examining who funds him and to whom he gives a platform. According to campaign finance reports with the Texas Ethics Commission, West received $250,000 from Wisconsin conservative mega donor Richard Uihlein, who contracted COVID-19 after downplaying the pandemic earlier this year. A speaker affiliated with the conspiracy theory website InfoWars mocked Abbott for his disability at West’s Dec. 5 Dallas protest against COVID-19 restrictions. West was also seen using an InfoWars bullhorn at a South Texas rally. He has even given exclusive interviews to them.
With a seemingly divided party, it remains to be seen whether political tensions within the party will influence the legislative session starting in January.  Several incumbent Republicans legislators won their elections by changing their tune for the 2020 election cycle – positioning themselves as moderates in order to hold on to their seats.  Some even characterized prior votes against popular measures like increasing the minimum wage, Medicaid expansion, and funding for women’s health as mistakes.
Will this newfound moderation stand, or will hard right-wing orthodoxy prevail?  Will the leadership of the new Speaker, Dade Phelan, be one of compromise or will they defer to the hard right politics of Lt. Governor Dan Patrick and the Senate?  Will Governor Abbott try to remain in the center of Texas politics, or will the gravity of his own party pull him further to the hard right?
There are real consequences for Texas taxpayers in the answers to these questions – which will impact funding and policy for the economy, education, healthcare, and reform.  Texans deserve common sense solutions to the pandemic, a struggling economy, and a healthcare system at a breaking point, and intraparty fights won’t solve any of these problems.
Opinion