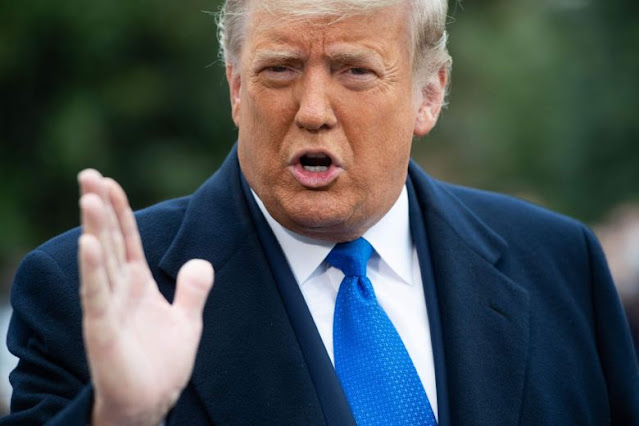 President Trump on Thursday signed an executive order paving the way for the U.S. to blacklist Chinese companies that the administration alleges are connected to Beijing’s military.
The order is expected to go into effect Jan. 11, ahead of the start of the new presidential administration in which Joe Biden is the projected next U.S. president.
A series of high-profile Chinese companies are named in the order including Huawei, a technology company that the Trump White House has sought to block sales from U.S. businesses to over national security concerns.
The Department of Defense over the summer released a list of dozens of Chinese companies it identified as having connections to the Chinese military, including telecommunications firms, aviation, aerospace, shipping and construction companies, to name a few.
Now, U.S. citizens are blocked from owning or trading securities linked to these companies.
The president said he signed the executive order because the Chinese government seeks to compel “civilian Chinese companies to support its military and intelligence activities,” which he warned will pose an “unusual and extraordinary threat” to the U.S. including its national security, foreign policy and economy.
“Those companies, though remaining ostensibly private and civilian, directly support the PRC's military, intelligence, and security apparatuses and aid in their development and modernization,” the order says.
White House national security adviser Robert O’Brien said Thursday the executive order will “protect American investors from funding Communist Chinese military companies”.
“Many of these companies are publicly traded on stock exchanges around the world, and individual investors in the United States can unknowingly provide funds to them through passive institutional investment vehicles such as mutual funds and retirement plans,” he said in a statement.
“The President’s action serves to protect American investors from unintentionally providing capital that goes to enhancing the capabilities of the People’s Liberation Army and People’s Republic of China intelligence services,” he added.
The move comes amid already high tensions between the two economic powerhouses and is likely to draw strong reaction from Beijing, which has criticized the Trump administration’s actions toward China and has yet to acknowledge the election of Joe Biden as president.
Analysts say that while the president’s executive action sends a strong signal to Beijing of the acknowledgement between the government’s military complex and private companies, the order will need to be reviewed during a Biden administration.
“There’s no question that China’s military-industrial complex pointed out in this Executive Order exists, and it’s a serious security issue facing the United States,” said Weifeng Zhong, a senior fellow with the Mercatus Center at George Mason University.
“If the incoming Biden administration takes a different direction on China policy, which is quite likely, this temporary fix will be deactivated in a year’s time," Zhong added. "But because security threats from the Chinese regime are a long-term issue, it’s unwise for policymakers to take a shortcut that doesn’t last.”
Biden has signaled he supports tough policy on China but his aides say the incoming administration will open a dialogue between Beijing and Washington on areas of cooperation like climate change and combatting COVID-19.
World