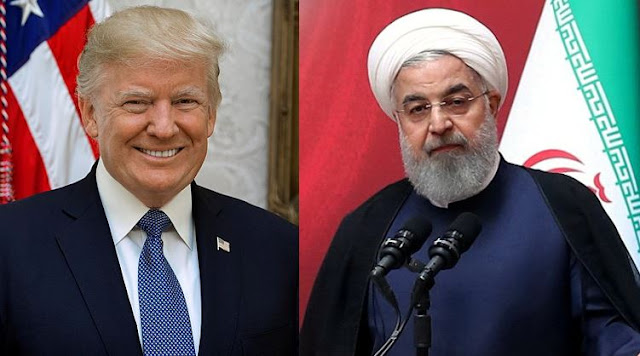 The Trump administration on Wednesday announced sanctions on senior Iranian officials and prominent organizations connected to Supreme Leader Ayatollah Ali Khamenei over their roles in the deadly crackdown on anti-government protesters last year.
The sanctions announced Wednesday target three senior Iranian officials, a so-called charitable organization related to Iran’s supreme leader and dozens of other individuals and entities that impact key sectors of Iran’s economy in the fields of finance, energy, construction and mining.
“The Iranian regime maintains its grip on power through brute force, with no concern for the wellbeing of the Iranian people,” Secretary of State Mike Pompeo said in a statement.
The sanctions were announced on the anniversary of the protests one year ago, when Iranians took to the streets to protest a sharp increase in fuel prices. The demonstrations quickly grew into mass opposition protests against the government.
The Iranian government reacted with a brutal crackdown, reportedly killing 1,500 Iranians, although exact numbers have been difficult to independently verify, and instituting a digital blackout to suppress information.
At least 148 people are believed to have been killed in a massacre in the city of Bandar Mahshahr, targeted by snipers on rooftops, tracked down and surrounded by armored vehicles and sprayed with machine gun fire, Pompeo said.
“When protesters sought refuge in nearby marshlands, regime forces set fire to the area and then shot those trying to escape,” the secretary continued. “When families tried to recover the remains of their loved ones, Iranian authorities charged them hundreds of dollars for each bullet that had pierced their bodies.”
Blacklisted individuals include the Iranian Intelligence Minister Mahmoud Alavi, Islamic Revolutionary Guard Corps (IRGC) Brigadier General Heidar Abbaszadeh and IRGC Colonel Reza Papi. The Trump administration says these men are being targeted for serious and gross human rights violations in their roles commanding the security forces that targeted protesters.
The administration further levied sanctions against the Islamic Revolution (Bonyad) Mostazafan Foundation, a purported charitable organization connected to Iran’s supreme leader that U.S. officials say has accumulated its wealth through confiscation of assets from oppressed minority communities.
“This organization, which claims to be the 'Foundation of the Oppressed,' is in reality a key agent of regime oppression and corruption, and many of its assets were originally confiscated from Iranians, especially from religious minorities such as Baha’is and Jews,” Pompeo said. “The foundation is involved with human rights abusers, those involved with the regime’s support for terrorism, and organizations involved in the brutal killings last November. This action deprives the regime’s machinery of oppression the funds needed to execute its depraved agenda.”
Treasury Secretary Steven Mnuchin accused Khamenei of using the foundation “to reward his allies under the pretense of charity.”
The increased sanctions build on the Trump administration's maximum pressure campaign against Iran for its human rights abuses, military actions in the Middle East and its buildup of its nuclear program.
Pompeo further called on other nations to condemn Iran’s human rights abuses.
“Nations who believe in supporting the freedoms of expression and association should condemn Iran’s egregious human rights violations, and reaffirm respect for the dignity and human rights and fundamental freedoms of every person by imposing consequences on the regime as we have, today,” he said.
World