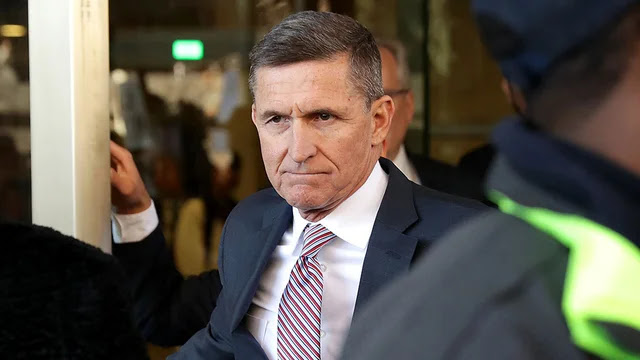 President Trump on Wednesday announced he had pardoned Michael Flynn, his first national security adviser who was charged in connection with former special counsel Robert Mueller’s Russia investigation.
"It is my Great Honor to announce that General Michael T. Flynn has been granted a Full Pardon. Congratulations to @GenFlynn and his wonderful family, I know you will now have a truly fantastic Thanksgiving!" Trump tweeted.
Trump’s decision to pardon Flynn, who was a top surrogate for his 2016 campaign, follows widespread speculation the president would do so and comes in the waning days of his term in the White House.
The move will bring an end to Flynn’s dramatic case, three years after he originally pleaded guilty to lying to federal investigators about his contacts with the top Russian diplomat in the United States and agreed to cooperate with Mueller’s investigation.
Flynn moved to withdraw his guilty plea in January of this year after changing his attorneys. The Justice Department later took the extraordinary step of seeking to drop the charges against the former national security adviser, saying his false statements were not “material” to the investigation.
The case had stalled as Flynn was awaiting sentencing for lying to the FBI. After a failed emergency appeal from Flynn’s legal team, U.S. District Court Judge Emmet Sullivan had been weighing the question of whether to grant the Justice Department’s sudden motion to drop its charges.
The DOJ reversed course on the prosecution in May, arguing that it no longer had confidence in the FBI investigation that led to Flynn’s interrogation in early 2017. The decision intensified questions about political interference in prosecutorial matters, coming just a few months after the DOJ overruled career prosecutors who had recommended a lengthy prison sentence for another Trump ally, the longtime GOP operative Roger Stone, who had just been convicted of lying to Congress and witness tampering.
Stone was ultimately sentenced to more than three years in prison, but Trump commuted his sentence in July, right before he was scheduled to report to a federal corrections facility.
Flynn’s tenure at the White House was both fleeting and chaotic. Trump fired Flynn in February 2017, less than a month after taking office, after it was revealed that the adviser withheld information to Vice President Mike Pence and other White House officials about his contacts with then-Russian ambassador Sergey Kislyak.
Trump’s base of supporters have advocated for a Flynn pardon. Trump has offered words of support for his former adviser and said that he was treated unfairly by the FBI in recent months, even going so far to say in July that he would welcome Flynn back in a role at the White House.
Trump is said to be considering issuing a number of pardons before he leaves office, and reports emerged in late November that he planned to pardon Flynn.
Flynn joins a list of individuals with connections to the president that he has pardoned. Trump in July commuted Stone’s prison sentence, which also stemmed from the Mueller investigation. In early 2020, Trump commuted the sentence of former Illinois Gov. Rod Blagojevich (D), and pardoned former New York City Police Commissioner Bernard Kerik and financier Michael Milken.
Sidney Powell, Flynn’s attorney, admitted in court in September that she had discussed her client’s case with the president, but had urged him not to issue a pardon.
Powell was part of the Trump campaign legal team trying to challenge the results in several key states that the president lost to President-elect Joe Biden. She was unceremoniously cut loose by the campaign in late November after making questionable claims of widespread fraud from elections officials.
National