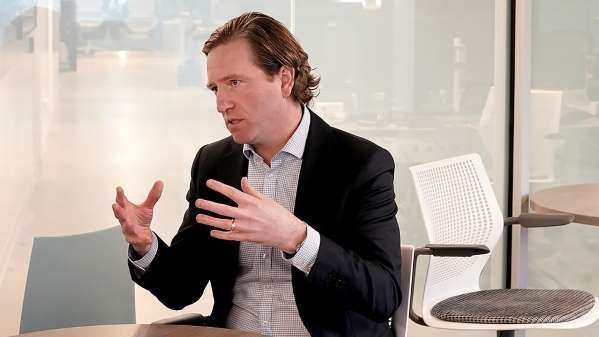 President Trump has ousted Christopher Krebs, the top U.S. cybersecurity official, he announced Tuesday evening.
Trump said on Twitter that Krebs had been terminated "effective immediately," citing what he claimed to be a "highly inaccurate" recent statement by the cyber chief about the security of the 2020 election. Trump also claimed, without evidence, that “there were massive improprieties and fraud - including dead people voting.”
“Poll Watchers not allowed into polling locations, 'glitches' in the voting machines which changed votes from Trump to Biden, late voting, and many more,” the president wrote. “Therefore, effective immediately, Chris Krebs has been terminated as Director of the Cybersecurity and Infrastructure Security Agency.”
Krebs, a Trump appointee, has served as director of the Cybersecurity and Infrastructure Security Agency (CISA) at the Department of Homeland Security (DHS) since CISA’s establishment in 2018. Krebs previously helmed CISA’s predecessor agency, the National Protection and Programs Directorate.
News outlets reported last week that Krebs expected to be fired by the White House after attracting attention for his efforts to debunk conspiracies about voter fraud and the security of the election.
Krebs has served at DHS since 2017. Prior to his time in federal government, he served as the director of cybersecurity policy on Microsoft’s government affairs team. He has focused on issues including shoring up election security and protecting critical infrastructure from attack, among other cyber initiatives.
Krebs’s removal will leave a tremendous void atop the federal agency that has served as a leading driver in the effort to secure U.S. elections and other cybersecurity priorities. He earned bipartisan acclaim during his time serving in the Trump administration and has been a trusted voice among security officials.
Krebs’s departure adds to a growing list of Trump administration officials who have been fired or stepped down in the wake of the general election, with Trump firing Defense Secretary Mark Esper and eying letting go CIA Director Gina Haspel and FBI Director Christopher Wray.
CISA put out a statement last Thursday from stakeholders and officials that affirmed the 2020 election was “the most secure in American history” and dispelled assertions voting systems were in some way compromised, representing an implicit rebuke of claims by the president and some of his supporters.
“When states have close elections, many will recount ballots. All of the states with close results in the 2020 presidential race have paper records of each vote, allowing the ability to go back and count each ballot if necessary,” the statement read.
“This is an added benefit for security and resilience. This process allows for the identification and correction of any mistakes or errors. There is no evidence that any voting system deleted or lost votes, changed votes, or was in any way compromised,” it added.
The statement appeared to be the one referenced by Trump in his tweet firing of Krebs on Tuesday.
Trump has claimed without evidence that there was widespread voter fraud in the election and has refused to concede to President-elect Joe Biden. Major news outlets projected Biden as the winner on Nov. 7.
Trump has through his Twitter account endorsed a baseless theory that Dominion Voting System, a voting software company used in several states, switched votes from him to Biden. Krebs has publicly pushed back on theories that votes were manipulated.
"ICYMI: On allegations that election systems were manipulated, 59 election security experts all agree, 'in every case of which we are aware, these claims either have been unsubstantiated or are technically incoherent.' #Protect2020," Krebs tweeted earlier Tuesday.
National