Texas unemployment rate falls to 6.9%: Amarillo lowest in state at 4.4% 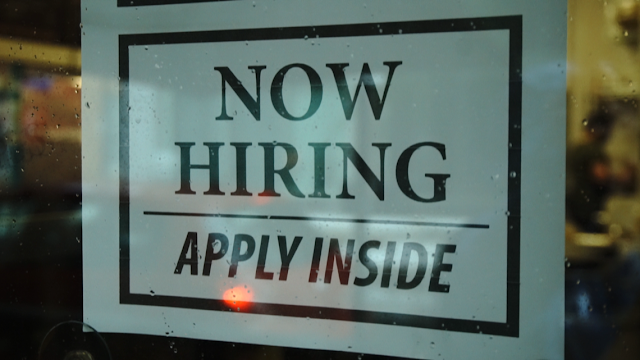 Texas’ economy made a slight rebound in October, as its unemployment rate dropped 1.4 percent from its September level to 6.9 percent, according to the latest Texas Workforce Commission (TWC) release.
That’s nearly on par with its August rate. Last month, over 136,000 jobs were added within the private sector.
The biggest gains occurred within the Professional & Business Services and Leisure & Hospitality sectors, which added 45,200 and 27,700 jobs, respectively.
That 45,200 increase was the largest month-to-month increase for that industry since TWC began tracking these numbers in this monthly release in 1990.
Leisure & Hospitality, however, remains almost 15 percent behind its October 2019 employment total. Despite the punches absorbed from shutdown orders since March, businesses such as restaurants, bars, and hotels are starting to regain their footing. But the light at the end of the tunnel is still a long way off.
Governor Greg Abbott told Dallas radio host Mark Davis last week, “We are not going to have any more lockdowns in the State of Texas.”
Trade, Transportation, & Utilities added close to 20,000 jobs while Education & Health Services added nearly 12,000.
The only drop came within the public sector which shed 18,200 jobs.
October was the first month with the reinstated work search requirement to receive unemployment benefits. It was suspended in the wake of the pandemic.
Despite the improvement, October 2020 still lags behind its 2019 benchmark low of 3.3 percent.
TWC Chairman Bryan Daniel said of the numbers, “While the unemployment rate captures only a snapshot of our economy at a specific moment in time, the job growth we have seen over the past 6 months shows an enduring strength in the state’s economy.”
Amarillo maintains the lowest regional unemployment rate at 4.4 percent.
Midland and Odessa, the oil and gas hubs that experienced a rough September, both improved around 1.5 percent from their totals the previous month. But Odessa still has the highest unemployment rate in the state at 11.4 percent.
The oil and gas industry is still suffering from the compound fracture caused by the pandemic’s plummet of transportation demand and the previous global supply glut. However, gas producers are doing better than oil because electricity use has not experienced the same hit transportation has.
That hit will affect the state’s pocket book, but oil prices have mostly stabilized around $40 per barrel — substantially less than its pre-pandemic levels, but much better than the April crestfall.
Going into the legislative session, the state will have to cope with a dearth in tax revenues in the context of their established financial obligations. The Texas Comptroller of Public Accounts adjusted the tax revenue projections back in July, estimating a $4.6 billion budget shortfall for this biennium.
Nonetheless, Texas’ economy is showing some signs of recovery, but state and local leaders will wield a big hand in how far the recovery goes.
Abbott’s promise of “no more lockdowns” is a welcome sight to Texas’ businesses and workers.
Local