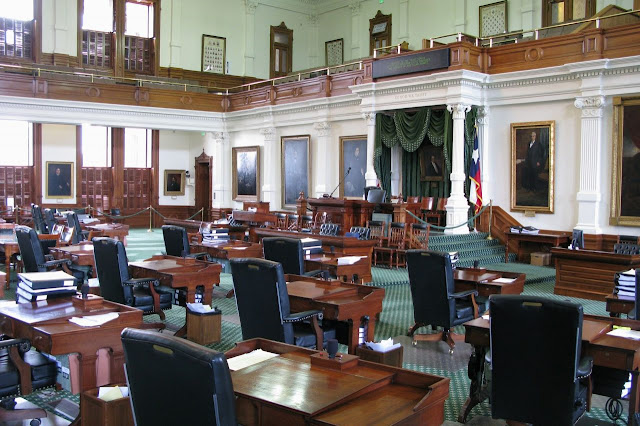 Much to Lt. Governor Dan Patrick’s chagrin, the Senate GOP’s supermajority is no more for the 87th Legislative Session as Rep. Roland Gutierrez (D-San Antonio) defeated Sen. Pete Flores (R-Pleasanton) on Tuesday night.
The district, which had been held by Democrats from Reconstruction until 2018, will flip back to the Democrats for the next four years.
After the results became clear, Gutierrez stated, “The final count is in and we won! I would like to thank all the people of #SD19 for putting their faith in me to work on the issues that matter most. I could not have done it without you and I promise not to let you down. Now we shift our focus to the session in January, where I look forward to working with Lt. Gov. Dan Patrick to get great things done for working class families and everyone in Senate District 19!”
By a margin of 10,000 votes, the district which spans from Bexar County all the way to the New Mexico border went blue.
Gutierrez’s slim 3.3 percent victory was helped by the Libertarian candidate, Jo-Anne Valdivia who pulled in 11,218 votes. In defeat, Flores vastly outperformed the other Republicans in the district. Beto O’Rourke carried the district by 15 just two years ago and in 2016, Flores lost to former Sen. Carlos Uresti.
Flores lost Bexar County, the district’s biggest population center, by 33,000 votes. But he beat Gutierrez throughout the rest of the district’s counties by a 21-point margin of nearly 23,000 votes.
Flores said in a concession statement, “Yesterday’s election results were not what we had hoped for, but this campaign has come to an end. I send my heartfelt thanks to the people of the District. I appreciate the opportunity to serve as their State Senator for the 86th Session. I want to thank the Lt. Governor and my colleagues in the Texas Senate for their support as we accomplished a great many things for the people of Texas and this District. And most of all, I thank my family for their support and understanding throughout this time in public office.”
In 2018, Flores was aided by the Uresti distaste and this time showed his crossover appeal was legitimate but couldn’t overcome the district makeup.
Gutierrez staved off Xochil Pena Rodriguez in the runoff to advance onto the general against Flores. He has represented House District 119 since 2008 and serves on the Energy Resources and Pensions, Investments, & Financial Services Committees in the lower chamber.
In the 86th Session, Patrick nearly used the “nuclear option” to blow up the 19-vote threshold to avoid filibuster during a tiff with West Texas Sen. Kel Seliger (R-Amarillo) over Senate Bill 2. Seliger eventually relented and the threshold was preserved.
And now heading into the next session, Senate Republicans will be in a [more tenuous or similar] parliamentary position to secure their policy priorities. Among those may include more property tax legislation, reprisal for cities that “defund” their police departments, and a potential taxpayer-funded lobbying restriction.
Texas