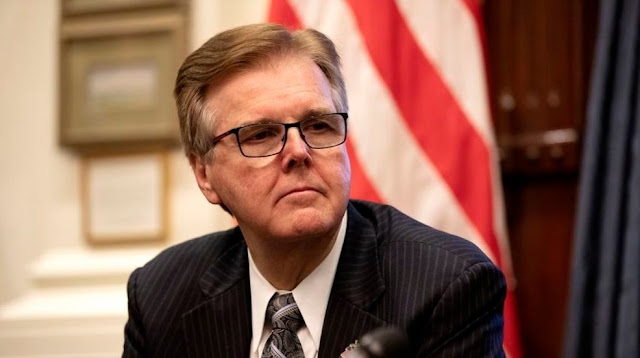 Texas Lt. Gov. Dan Patrick (R) is backing President Trump's “efforts to identify voter fraud” by offering up to $1 million from his campaign for anyone to come forward with evidence from anywhere in the country.
Patrick said he is offering the reward to “incentivize, encourage and reward people to come forward and report voter fraud.” Anyone who provides information that ultimately ends in an arrest and final conviction will be paid $25,000 minimum.
“I support President Trump’s efforts to identify voter fraud in the presidential election and his commitment to making sure that every legal vote is counted and every illegal vote is disqualified,” Patrick said in a statement. “President Trump’s pursuit of voter fraud is not only essential to determine the outcome of this election, it is essential to maintain our democracy and restore faith in future elections.”
President-elect Joe Biden has been declared the winner of the presidential election, but President Trump has refused to concede while making baseless claims that he lost the election due to widespread voter fraud.
Some Republicans have called on Trump to present evidence of his claims, but many in the party have chosen to stand by his side.
“President Trump is absolutely right to pursue every allegation of voter fraud and irregularities, just as Al Gore did in 2000,” Patrick said. “Every candidate for public office has this right. My goal is to ensure that, regardless of the outcome, every American has faith in our electoral process and our democracy.”
Patrick’s effort caught the attention of Trump, who said on Twitter, “Thanks Dan. Big win for us in Texas!”
Pennsylvania Lt. Gov John Fetterman (D) responded to Patrick's move on Twitter.
“Hey, Governor Patrick- it’s your counterpart in Pennsylvania. I’d like to collect your handsome reward for reporting voter fraud,” Fetterman said. “I got a dude in Forty Fort, PA who tried to have his dead mom vote for Trump. I’d like mine in Sheetz gift cards pls.
“ps. The Cowboys blow.”
President Trump won Texas over Biden in the election. The Associated Press called the race there shortly before 1 a.m. EST on Wednesday.
Texas