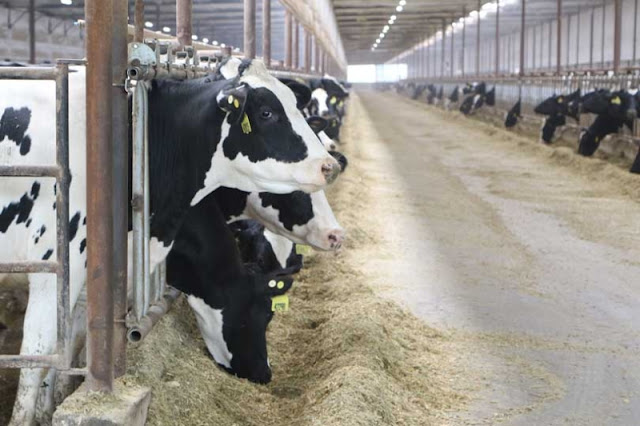 By Jennifer Dorsett
Continued rapid growth in the Texas dairy industry is both a good and bad thing, according to Texas Association of Dairymen (TAD) Executive Director Darren Turley.
“We’re at an interesting intersection right now where we’re producing so much milk that we’ve outpaced processing capacity,” Turley said. “We’ve had several relatively mild weather years in a row here, so we’ve been able to keep growing our production without any major hits. Now, we’re at the point to where we don’t have any new plant growth for the foreseeable future, and we’re pretty much where we’re going to be in terms of capacity for the next few years. We’re proud of the growth in our industry, but we have to manage it carefully, so our members stay profitable.”
Texas dairy farmers produced 1.2 billion pounds of milk this August, which is nearly 8 percent more milk than what was produced in August 2019.
In February 2020, production was up 11 percent year-over-year.
The latest U.S. Department of Agriculture (USDA) quarterly milk production report shows milk production is not only up in Texas, but across much of the country, as well.
Turley noted Texas will need additional processing plants, which take at least a couple of years to build, to deal with such a large increase.
“Everybody understands the situation we’re in here in Texas—having additional milk and not really having an outlet for additional sales,” he said. “Moving milk across the country is very detrimental to each producer’s milk check.”
To help manage production, the Greater Southwest Agency, which includes milk cooperatives Dairy Farmers of America and Select Milk Producers, adopted a tiered-pricing plan when processing capacity is unavailable for the group to sell all its members’ milk.
“Now, when we start having milk produced in excess of our sales, there’s a program in place to pay producers a much lower rate for everything over 90 percent of the milk produced,” Turley said. “It’s not too bad up to 92 percent, but at 93 percent and above, the price is a very big detriment to overproduction.”
The pricing policy has been adopted for three years, with an option to extend the program at the end of that term if market conditions haven’t improved. The program only goes into effect when the cooperatives cannot sell all the milk, according to Turley.
“It’s kind of an unusual program. California ran a similar program but with a production allotment year-round, and a lot of producers are not fans of that,” Turley said. “Hopefully, in three years, we can see new plant growth and things change in the market where we can go back to a normal way of doing business.”
Every farm is different, and it’s an unfortunate time for families trying to expand farms to support a new generation of dairy farmers.
“We were in a situation where we knew there was continually going to be more milk if something wasn’t done, unfortunately,” he said. “This tiered-pricing plan will affect each farm differently, but it’s better than the losses incurred when dumping milk, which is still very expensive under current Texas Commission of Environmental Quality rules.”
Most of the nation is facing a similar situation, he said.
“In Texas, we’ve had several bad years of drought followed by low prices, and our guys were really just getting back to healthy this year. A lot of the country is in the same shape,” Turley said. “A lot of the improvements we’ve made on dairy farms put more milk in the market that has to be dealt with, and that’s the biggest concern for our cooperatives: How to best serve our producers. One of the hardest things to do is decide what to do with excess milk.”
In addition to managing milk production, Turley urged dairy farmers to sign up for risk management tools, such as the USDA’s Dairy Margin Coverage (DMC) program, to help navigate challenges currently faced by those in the industry.
“We encourage any form of risk management—USDA program, insurance, forward marketing, hedging. Producers should take part in any and all programs that can help make them more secure and more stable in these unprecedented times,” Turley said. “We’re stable and very strong in Texas, and our farmers really have just continued to grow and survived the pandemic really well overall. Texas dairy has grown for a long time and will continue to grow, just at a slower rate. But we know things can happen, so it’s best to be prepared as well as we can through these types of programs.”
Texas