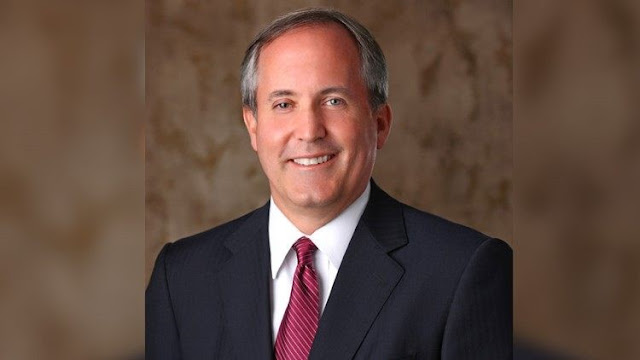 Texas Attorney General Ken Paxton (R) was sued this week by four whistleblowers claiming that he “believes he is above the very law” that he is supposed to uphold, according to multiple reports.
The suit was filed in the state District Court in Travis County on Thursday, according to the Austin-American Statesman, and details actions he took to benefit himself, a high-end campaign donor and a woman he was reportedly having an affair with.
The whistleblowers allege that Paxton met often with Nate Paul, an Austin investor, without his security detail, and accused him of abusing his office to “advance the legal and personal interests” of Paul, according to the Houston Chronicle. The whistleblowers said over time, he became “less rational in his decision making and more unwilling” to listen to criticism.
The complaint also alleges that Paul employed a woman whom Paxton had an affair with and that Paxton had recommended for a job, according to the Statesman.
The suit comes after seven other whistleblowers sent a letter to the state’s office of human resources on Oct. 1 claiming to have sent information to federal law enforcement over multiple allegations, including bribery and abuse of office.
The Associated Press reports that his staff reported him because he hired an outside lawyer to investigate Paul’s claim that the FBI broke the law when it raided his home and office.
The lawyer obtained 39 grand jury subpoenas that were beyond “the appropriate scope of the case,” which appeared to help Paul’s civil suits and “to harass law enforcement agents and federal prosecutors,” the AP reports.
All of the whistleblowers have resigned, were fired or were put on leave, the Chronicle notes. The four who filed the suit this week claim they were subjected to retaliation.
Paxton’s office did not immediately respond to a request for comment. He has previously denied wrongdoing and placed the blame on “rogue employees and their false allegations,” AP notes.
Texas